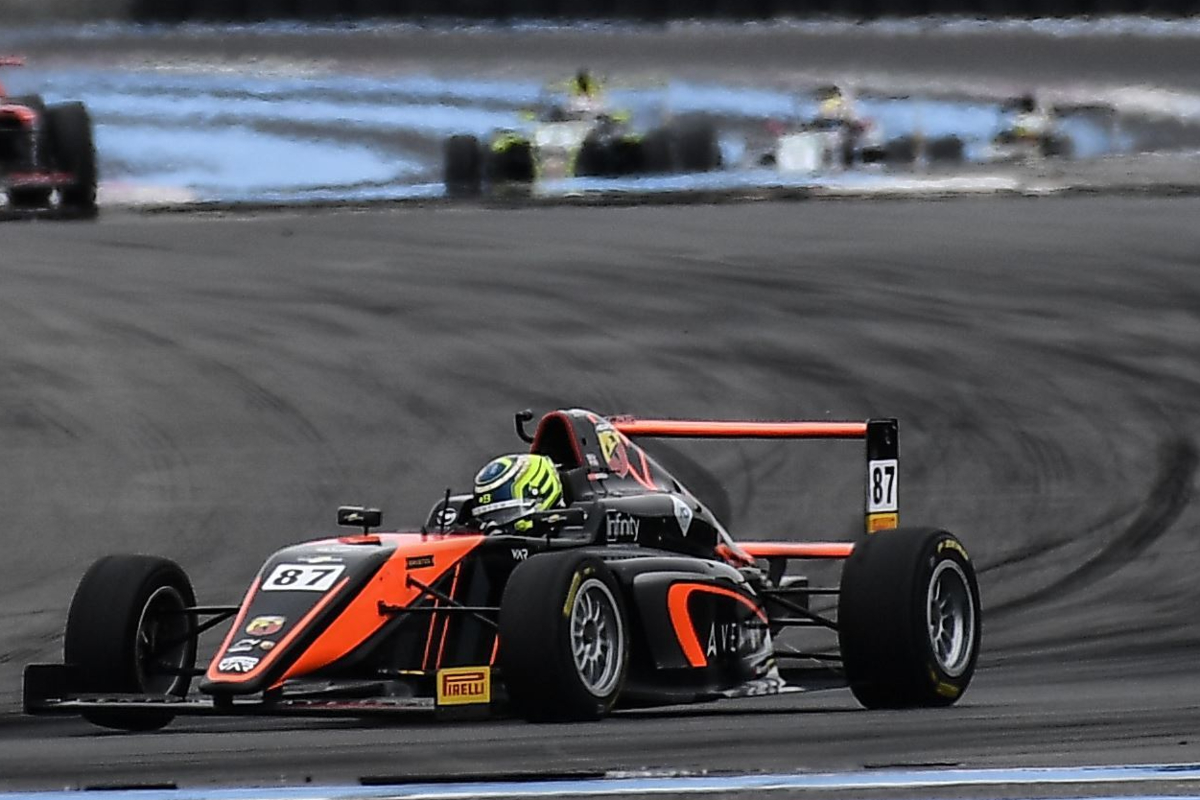 The 35-car entry list was split into two groups for four sessions each, and teams having all of their cars run in the same group.

Among the Group A teams were Prema and AKM Motorsport, again running Sauber junior Christian Ho, and it was Prema’s Kirill Smal who set the pace in the first session of the day with a 1m35.690s lap.

Jenzer Motorsport, R-ace GP and Van Amersfoort Racing ran in Group B, and there was lots of swapping around at the top in their first session. First it was Victor Bernier, than Francesco Braschi, Bence Valint, Braschi again and then finally Valint again with a 1m35.724s, with the top four covered by 0.090 seconds.

Prema team-mates Smal and Sebastian Montoya were the top two in session three, while Bearman led Valint in the equivalent session and improved to a 1m35.073s.

Quite a few drivers set their personal bests earlier in the day, but the final session for each group was on a grippier track.

In Group A it was BVM Racing’s Francesco Simonazzi who was fastest, just 0.001s off Bearman’s benchmark, ahead of Fornaroli and Smal – who along with team-mate Hamda Al Qubaisi was one of only two not to improve.

Group B ran after, and Jenzer’s Piotr Wisnicki spent some time at the top before Bearman went quickest again and with the very last lap of the day also set the fastest: a 1m34.712s.

Driving for AS Motorsport was Kinga Wojcik, who currently competes in the Polish Karting Championship.