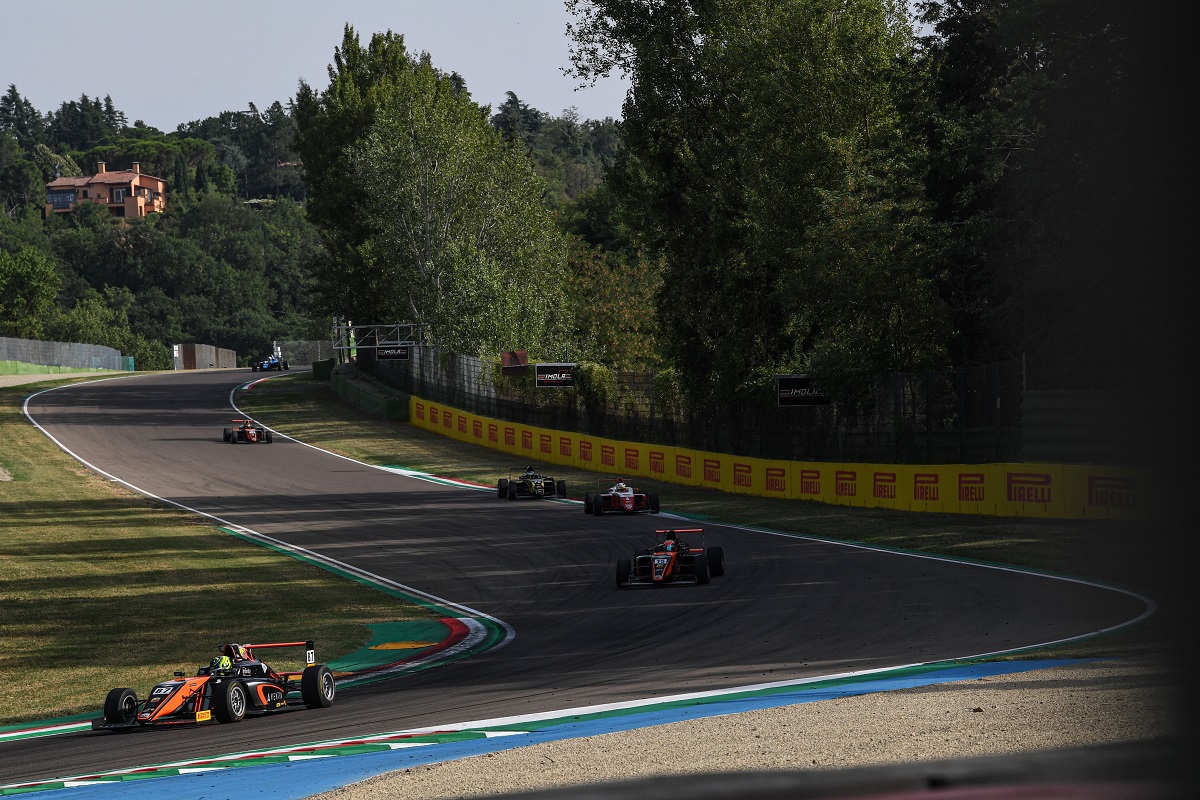 Italian Formula 4’s runaway championship leader Ollie Bearman has been excluded from his most recent win at Imola as his car was found to not be confirming with technical regulations.

The Briton took his record winning streak in the series to eight on the trot by winning all three races at Imola a week ago, but post-race technical checks on his Van Amersfoort Racing-run car following his final win came up with an irregularity.

Examinations of the Autotecnica engine Bearman used for that race found the “distribution pulley” was mounted in a way where its sealing was “different from the reference sample supplied by Autotecnica”.

The technical non-compliance to the regulations means Bearman is excluded from the race three results, although he has confirmed he will appeal the decision.

Provisionally it reduces his championship lead from 135 to 97 points, with a 10-point deduction for breaking the technical regulations in addition to the 25 points lost from the exclusion itself, and promotes his VAR team-mate Nikita Bedrin to his first F4 win.

The Russian is in his first year racing cars, having debuted in the F4 United Arab Emirates championship at the start of 2021 before moving into the Italian series.

Taking a single point by being moved up from 11th to 10th is BVM Racing’s Leonardo Bizzotto, which doesn’t change his placing of 23rd in the championship standings.