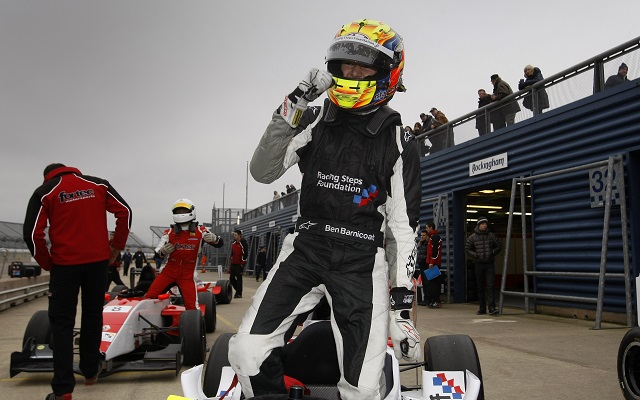 Barnicoat, 16, makes the move into car racing after a stellar karting career, capped off with victory in CIK-FIA European KF2 Championship in 2012. His car debut came in the 2013 Protyre Formula Renault 2.0 Autumn Cup with Fortec, where he was able to take two victories out of three races to secure the title.

The Briton becomes the first driver announced for the British team’s NEC effort, with the squad having claimed a 1-2 finish in 2013 with Matt Parry and Jack Aitken.