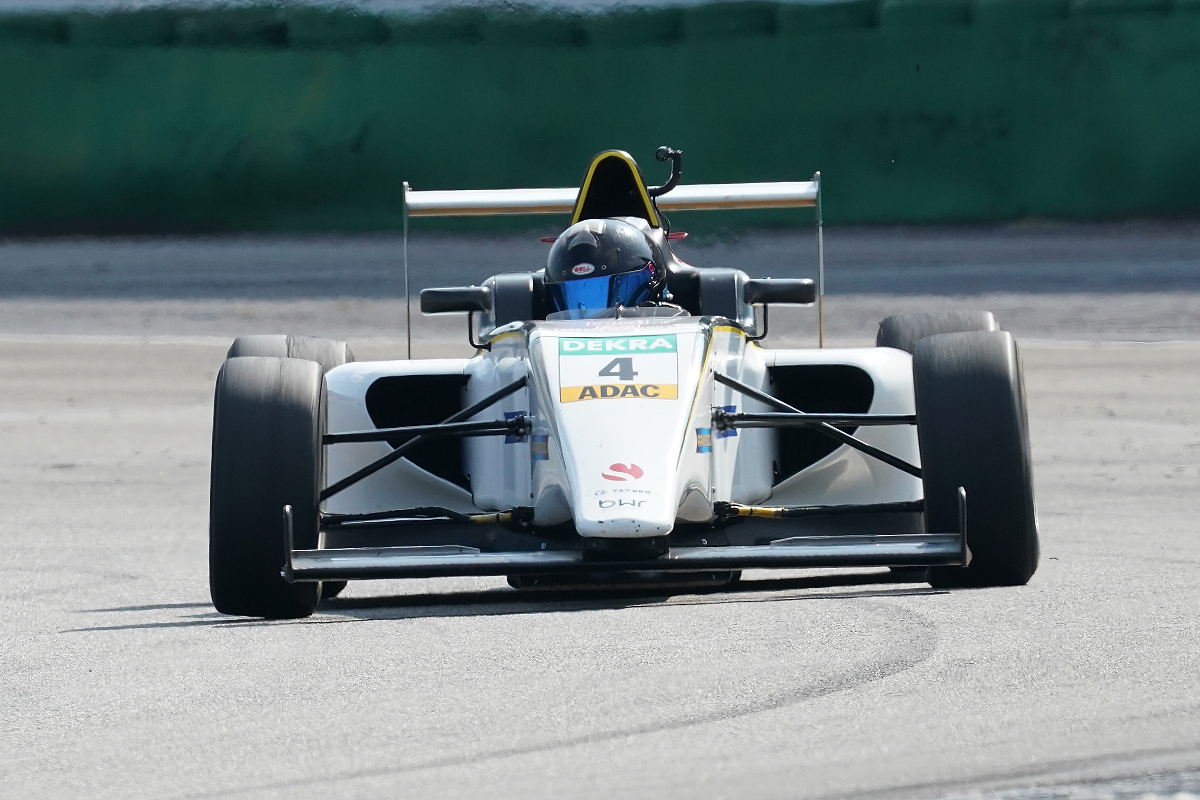 Several teams tested at Adria before coming to Monza, and there were more cars present on Wednesday at the circuit.

The morning session was interrupted by Italian Karting champion Alfio Spina, testing with BWR, stopping on track and causing red flags to be waved, and it wasn’t until halfway through running that representative laptimes were set.

Camara quickly brought the pace into the 1m56s, then Prema sent out its drivers and four of them broke into the 1m55s with Kirill Smal fastest.

Leonardo Fornaroli bettered Smal with 70 minutes to go, as Jenzer’s Francesco Braschi got stranded on track, and then moved into the 1m54s.

Fornaroli was gradually shuffled down the order, and Camara improved to 1m54.823s. He decided to pit early though, which barely anyone else did, and in the final minutes Fornaroli snatched the fastest lap back.

Smal was marginally slower than Camara in third, ahead of Montoya, Lorenzo Patrese (AKM Motorsport), Wisnicki, Pedro Perino (US Racing) and championship leader Ollie Bearman who drove for BVM Racing as Van Amersfoort Racing was absent.

He was joined at the team by British F4 racer Oliver Gray, who spent most of the session in the garage.

Gray was first on track in the afternoon, and Fornaroli was first to get on the pace. It was Wisnicki who spent most of the session on top though while most sat in the pits, having set a 1m53.826s in hour two of four.

After a late red flag, it all changed in the final four minutes. Barnard, 28th fastest in the morning, set the quickest lap of the day. Camara also improved to second, ahead of Wisnicki and Montoya.

Vlad Lomko drove US Racing’s #70 car in the morning, with Tim Tramnitz taking over for the afternoon.