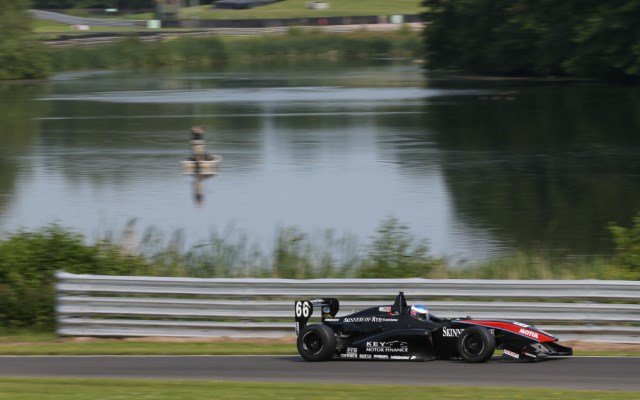 Jack Barlow scored his second win in the BRDC Formula 4 Championship with victory from pole position in the first race of the Oulton Park weekend.

After edging out Raoul Hyman for top spot in qualifying, Barlow led off the start before Hyman fell to fourth on lap two due to an off-track excursion.

Jake Hughes took up the pursuit of Barlow but crossed the line just over a second behind the SWR driver.

Seb Morris completed the podium in third place, but only after he had fended off an attack from Ross Gunn, who collected his best result to-date in fourth.

Charlie Robertson failed to finish after clashing with James Fletcher on lap five, meaning he has lost the championship lead to Dalton.