written by Alejandro Alonso Lopez 19 May 2022 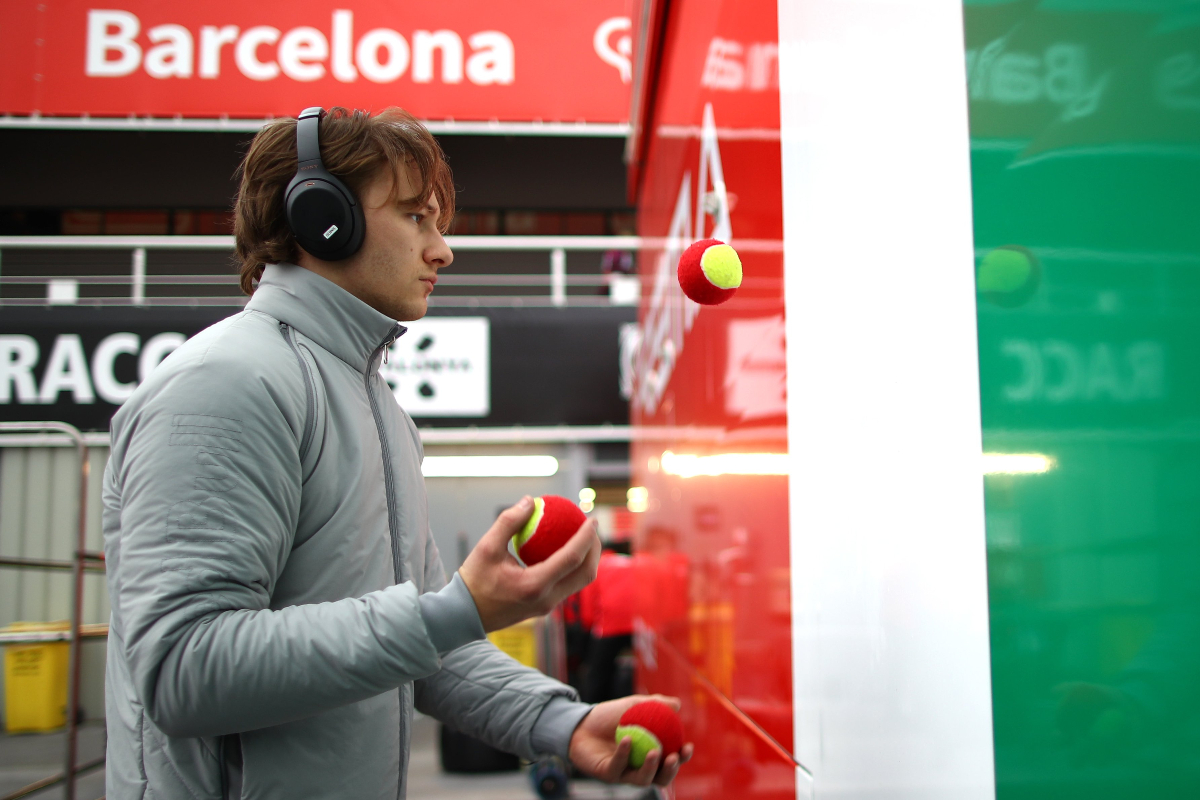 Dennis Hauger’s start to the 2022 Formula 2 season might have not been what many expected, but the 2021 FIA Formula 3 champion is now getting to grips with the car.

The 19-year-old Red Bull junior is 12th in the standings after three rounds, with a best finish of third in the Imola sprint race and a best qualifying result of fifth at the same circuit. He is currently the fourth-highest rookie in the points.

Between the second round in Jeddah and last month’s Imola races, there was an in-season test at Barcelona where Prema driver Hauger made a breakthrough.

“Honestly after the test I’ve been feeling more at home with the F2 car and everything, so I was happy I could make that step, definitely on the dry today,” Hauger said in the press conference after his Imola podium.

He had kept up with the pace of Hitech GP’s Marcus Armstrong and Prema team-mate Jehan Daruvala for the whole race, and took the chequered flag just two-seconds-and-a-half off of winner Armstrong.

Friday’s qualifying had already been a first step in the right direction, with his personal-best result coming in a session with changing conditions. But needing to adapt his driving style had played a key role in improving his form, according to Hauger.

“It’s a really different driving style to what I’ve ever done in any car, and it’s just a bit of a different way of getting around. So that’s been a sort of a process going in this season.”

Formula Scout also spoke to Hauger’s race engineer Pedro Matos in the Imola paddock. He agreed with his driver and also mentioned the tyres as a key factor to Hauger’s struggles.

“It’s more the normal driving, more powerful car and also the tyres being different. Obviously, I can’t go into too much detail about that but the main thing has been adapting between 13-inch and 18-inch [wheels] and I think his driving style in particular didn’t suit initially the 18-inch and suited really well the other side, the 13-inch.”

Matos also reminded how hard it is for rookies to come into F2 and perform straight away, due to the lack of track time in the series. For that reason, he was satisfied with Hauger’s progress.

“We knew that until the Barcelona test, which was the only track where he really knew before he jumped in the F2, was probably going to be the point he would make a big jump and that’s what we expected as well. We did what we thought that in Barcelona would give him quite a good step on now.”

F2 returns to Barcelona for the fourth round of the season this weekend.