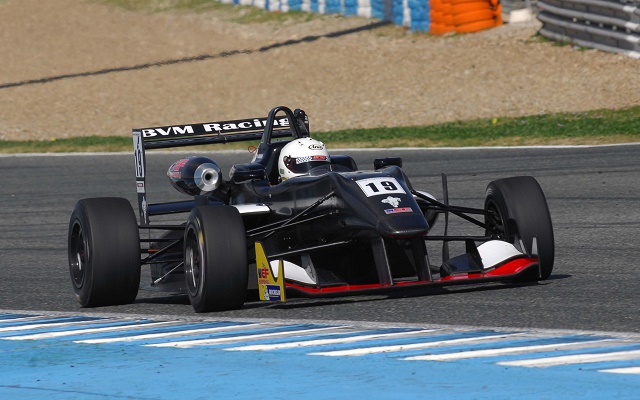 Colombian racer William Barbosa has confirmed his participation in the 2015 Euroformula Open season.

Barbosa, 20, will join BVM Racing after a season with Corbetta Competizioni.

The Colombian was Corbetta’s sole full-timer in 2014 and took a best finish of 11th in what was his first full-time season in single-seaters.

Barbosa was with BVM during last week’s EF Open Winter Series opener at Jerez. He was 12th-quickest on day one and moved up to seventh on the final day.

BVM did not have a full-schedule entrant in last year’s edition of the championship, albeit part-timer Christopher Hoher did net the team a podium at Monza.