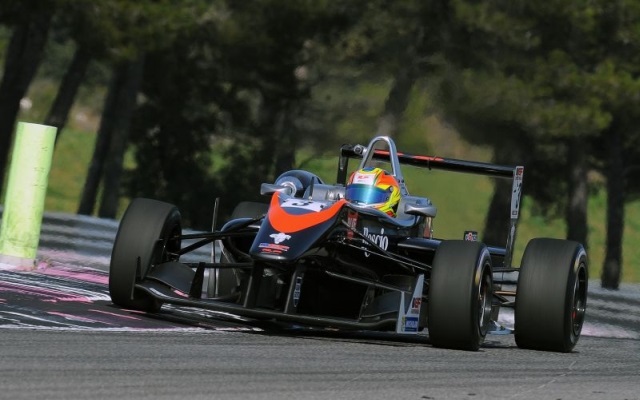 The RP driver was only four hundredths of a second faster than one of the season opener’s race-winners Alessio Rovera, who switched from DAV to BVM this weekend.

Dzhon Simonyan had his best time set early in the session, which was run under wet conditions. Although he was unable to improve towards the end, he still managed to finish in third.

Yu Kanamaru and Konstantin Tereshchenko will only start seventh and eighth despite their respective championship positions of third and first.

The top ten was completed by Yarin Stern and Leonardo Pulcini.