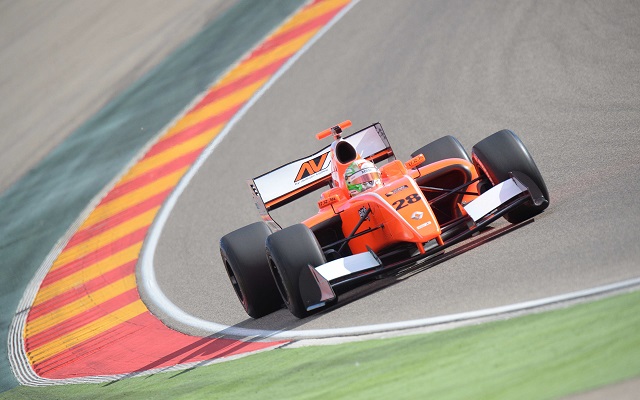 Amberg, 21, had a strong debut in single-seaters in 2009 with fifth in Italian Formula Renault 2.0 and then won the Formula Renault Middle European Championship in 2010 with Jenzer.

Since then, he’s had a muted few years in junior single-seaters, with a pointless GP3 campaign in 2011 and two backmarking years in Formula Renault 3.5 with Pons.

He tested with numerous FR3.5 teams prior to this season and was confirmed with AVF in the middle of a pre-season Aragon run.

The Spanish team fielded Arthur Pic and Yann Cunha in 2013, taking ninth in the teams’ standings.

Their second 2014 driver is yet to be announced with Dutch female racer Beitske Visser appearing in contention for the seat, after she tested with the team privately and has been confirmed for all three days of the pre-season Aragon test.