The highly entertaining Brno Circuit in the Czech Republic will be hosting the Auto GP season finale this weekend, where four championship contenders will take part in what promises to be a very close title fight…

After seven rounds, 14 races and seven lead changes in the standings, the 2013 Auto GP season will be concluding at Brno. It would seem, however, that the championship has left the best for last, as four drivers are coming into the final round with realistic title ambitions. With 48 points for grabs and 21 separating points leader Vittorio Ghirelli and fourth-placed Narain Karthikeyan, the title fight is as close as it has been all year. As such, here’s what to expect and who to watch out for when the Auto GP machines line up on the grid for the final two times in 2013. 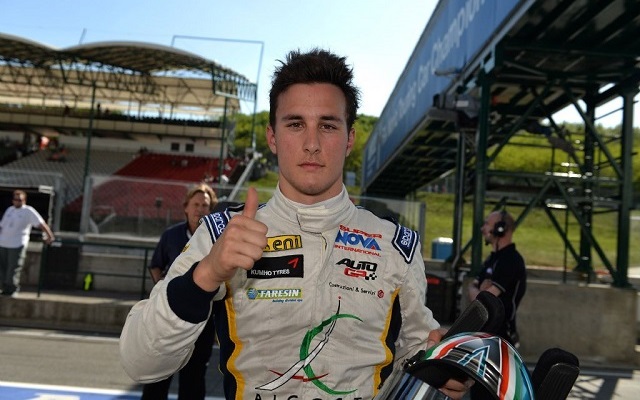 Italian youngster Vittorio Ghirelli has been somewhat of a revelation in this year’s Auto GP, after his earlier career progress was obstructed by premature stints in GP3 and WSR, which predictably saw him appear out of his depth. However, after several years of high-level experience, Ghirelli has found himself right at home in Auto GP.

He started the season as one of the chasing pack drivers and slowly but surely moved further up the standings. After round three at Hungaroring, where Ghirelli took his first win in the category, he became a regular podium finisher and eventually snatched the championship lead away with a race one victory in the penultimate round at Donington.

Yet, despite his main rivals struggling during the British round, Ghirelli’s lead over second place is just 11 points. Unfortunately for him, the points differences between first and second in races one and two will be at seven and five points respectively, meaning that the title is not exactly “his to lose”. Out of the top four, Ghirelli has the least wins, and he might see himself having to add to that tally if he wants to be series champion.

At the same time, the Italian remains the favorite – after all, he has been extremely capable of capitalizing on other drivers’ woes and is likely to have his famous teammate provide some inadvertent help in denying rivals points. 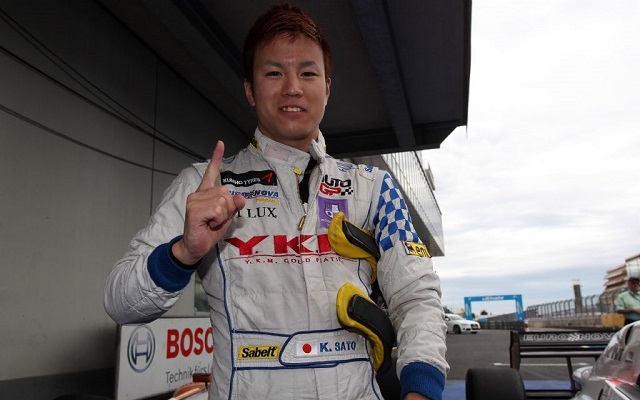 Sato’s 2013 Auto GP campaign has seen the continuation of an overarching upward trend in his career, with the Japanese driver coming into the series on the heels of a good campaign in German F3, where he wound up taking third overall.

Euronova Racing’s team leader has been immensely consistent over the opening few rounds of the championship, which allowed him to maintain the lead in the standings for most of the season. He’s also shown to be somewhat of a reverse-grid expert, with three of his wins coming in second races.

He hasn’t been the strongest qualifier, failing to score a pole position start all year. Despite that, Sato has been rather proficient in making up places. He would’ve been championship leader coming into Brno if, during one such uphill drive at Donington, he didn’t end up burying his car in the gravel, costing him crucial points.

Sato still undoubtedly has a shot at the title, but this time qualifying well appears integral to his title chances, as he needs to do exceptionally well in both races. He could potentially outscore Ghirelli without winning, yet he’d need the other contenders to falter as well, which is rather unlikely. 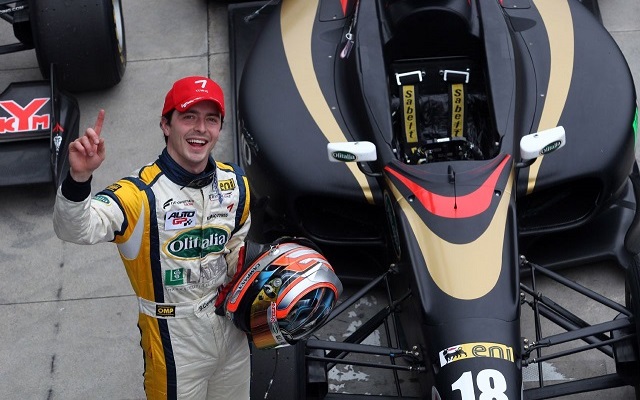 Despite being the only second-year Auto GP driver still in contention for the title, Campana will enter Brno as the obvious underdog. His chances of taking the fight to the others aren’t exactly low, yet the recent form doesn’t inspire much confidence.

The Italian kicked off the season in style, taking two feature race wins over the first two rounds. Despite frequent troubles and bad luck, Campana reliably produced frontrunning pace and constantly pressured Sato in the standings – even retaking the lead of the championship at several points in the late stages of the year.

However, rounds six and seven saw a rather noticeable slump in form for Campana, who recorded his first podium-less round at Nurburgring and failed to return to the top three at Donington. The later weekend looked was especially ominous for the Italian’s title chances, with the lack of standout results coming from a simple lack of pace.

Still, in spite of that, the Italian is still deservedly in the running. He’s 17 points off of Ghirelli, which still leaves him with a real shot, but he pretty much has to win the first race. Then again, with three feature race victories this year (and one last year), that might not be such an impossible task. 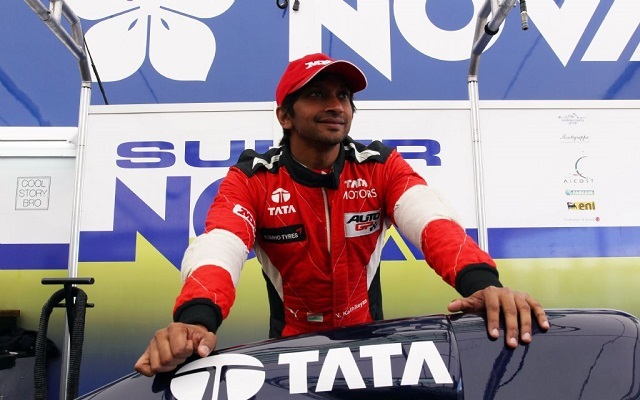 Despite Campana and Sato being ever-present in the fight for the lead, they might not be Ghirelli’s biggest concern at Brno. Instead, the very spot could be occupied by his teammate Narain Karthikeyan, who, despite being 21 points down on the Italian, presents a real threat for his ambitions.

Karthikeyan has entered Auto GP in the beginning of 2013 after his previous place of employment – the F1 squad HRT – folded. Unconfirmed for a full-time campaign in the championship, he’s joined Austrian squad Zele Racing, making three appearances with them that yielded a rather paltry 33 points (putting him a whopping 64 points off the championship lead).

Despite continuing to struggle for consistency and often being involved in opening lap incidents, Karthikeyan began making up points at an alarming pace – and now sits within a very real chance of factoring into the title fight.

21 points is a lot to make up and the Indian’s title bid heavily depends on his teammate faltering, but, with that said, Karthikeyan is still the quickest man on the grid at the moment. His first Auto GP double might be a very real possibility at Brno and, if he achieves that, the maths could very well work out in his favour.