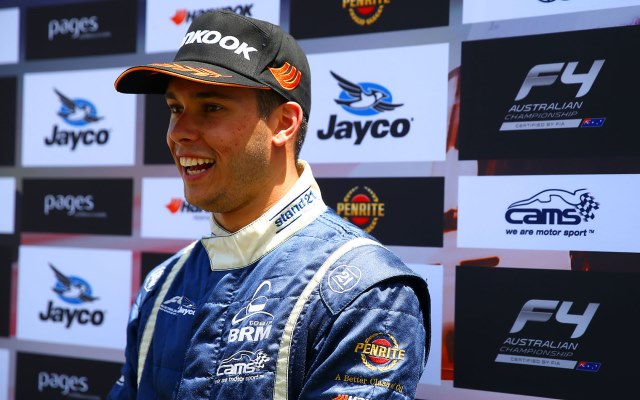 The inaugural Australian Formula 4 champion Jordan Lloyd will return to USF2000 for his 2016 campaign.

Lloyd has joined Pabst Racing, which took Jake Eidson to the runner-up position in the series last year.

He previously contested the opening two rounds of the 2015 USF2000 season with John Cummiskey Racing, with his best finishes from four starts being a pair of fifth places.

He then returned home and won the Australian F4 crown with 12 victories from 21 races.

?I only touched the tip of the iceberg when I was here in 2015, so on a personal level there is a lot of unfinished business that needs to be tended to,? said Lloyd. ?I am looking forward to a strong season.

?The atmosphere on the American racing scene is many steps above what I have raced previously. I also could not be thankful enough for the opportunity from CAMS, the Australian body of motorsport, and of course JAYCO Australia for making it happen.

“Additionally, I need to thank Mark Larkham from the Australian Motorsport Academy for introducing me to the Pabst Racing Team.?

Lloyd completes a three-car line-up at Pabst for 2016. Yufeng Luo, who was seventh in the 2015 standings, remains with team for a second season while Garth Rickards, ninth last year, moves over from Pelfrey.