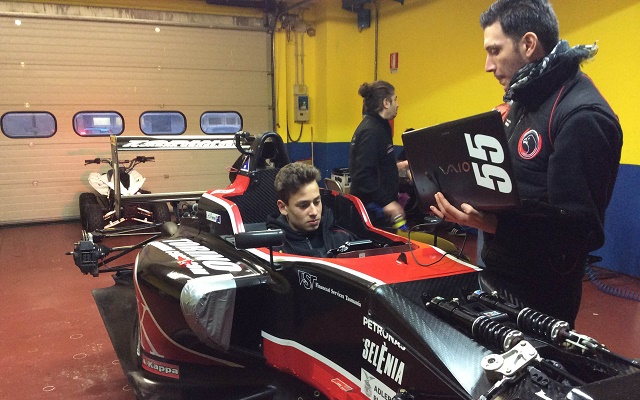 15-year-old CAMS Academy graduate Alex Peroni has confirmed his graduation from karting to junior single-seaters, linking up with Torino Squadra Corse for an Italian F4 campaign in 2015.

Peroni, who originates from Tasmania, tested with the team at several venues during the off-season before finally announcing an official contract.

His karting career, spanning from 2007, mostly consisted of Australian and Italian events. During the early years, he won numerous races in his local Tasmania.

He notably took part in the KFJ class of the 2013 WSK Final Cup and finished three of the heats in the top ten, before being ruled out of the pre-final with an engine failure.

“It?s a dream come true to take part in the internationally competitive Italian F4 championship,” admitted Peroni. “F4 is a direct pathway to the top of motor racing and the competition in Europe is pretty intense.”

?I did some tests with Torino Squadra Corse in Italy and Spain at the end of last year. The team made me feel very welcome and comfortable and my times showed a lot of promise. I know that it?s going to be a very tough year, my first in car racing, but I wouldn?t be going if I didn’t think great results were possible. I believe that with the support of the team we will get stronger as the year goes by.“

“We completed a number of tests this winter with Alex,” said team engineer Ruggero Cafagna. “Even though he came to us without ever having driven a car, he settled in very quickly and showed great speed and capacity to adapt to the car. I know that Alex has great potential and that he?ll achieve great results for himself and the entire team in 2015.“

Torino Squadra Corse took part in the inaugural Italian F4 season under the “Israel F4” moniker, fielding Bar Baruch, who took them to a best finish of fifth. The Israeli racer was joined by Luis-Enrique Breuer for the Adria Winter Trophy event, with the German also securing a fifth place.