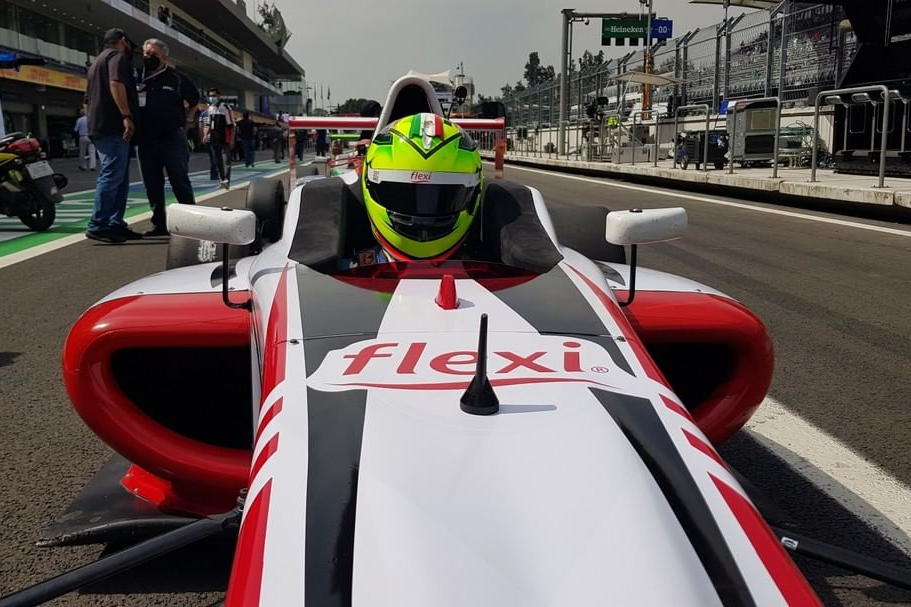 The 16-year-old Mexican was driving for SP Driver Academy Team, essentially a satellite operation of the Gonella Racing squad that he raced for in United States F4 this year.

Flores was fifth fastest in the single free practice session, which was topped by Ram Racing duo Mariano Martinez and Lucas Medina.

In qualifying the pace improved by a second and it was Medina who claimed pole by 0.241 seconds over Flores. Almost two thirds of a second bak was Enders and Martinez, while the top five was completed by Italian F4 regular Erick Zuniga.

Medina made a good start to the 16-lap race on Sunday, with Flores chasing and being joined by Ram’s Alex Berumen.

Victory looked set to go to Medina, but there was late drama, contact with Flores and a mistake in the stadium section which meant as they came out of the final corner they were side-by-side.

Flores got the better run and crossed the line 0.206s ahead, with the pair over seven seconds clear of Zuniga in third.

Valentino Mini was a strong fourth in his second weekend of single-seater racing, pipping Martinez to the place by a slim 0.129s.

Enders and Berumen ended up a distant sixth and seventh respectively, although Enders has been named as a Formula USA champion.

The upstart series, an idea spun from several failed attempts at creating a junior single-seater series and finally brought to life with the help of NACAM F4 boss Flavio Abed, and consisted of that series’ two non-championship rounds in the USA, a standalone event at Circuit of the Americas in summer and then last week’s NACAM contest at Autodromo Miguel E. Abed.

Enders was the highest scorer over the 10-race schedule, ahead of Medina and Berumen. There was initially confusion over that classification, and the fact that FUSA is not officially set to start until next year, but it’s believed Berumen was awarded points for his non-starts in the final round, which lifted him past Enders’ team-mate Jose Andres Martinez in the standings.