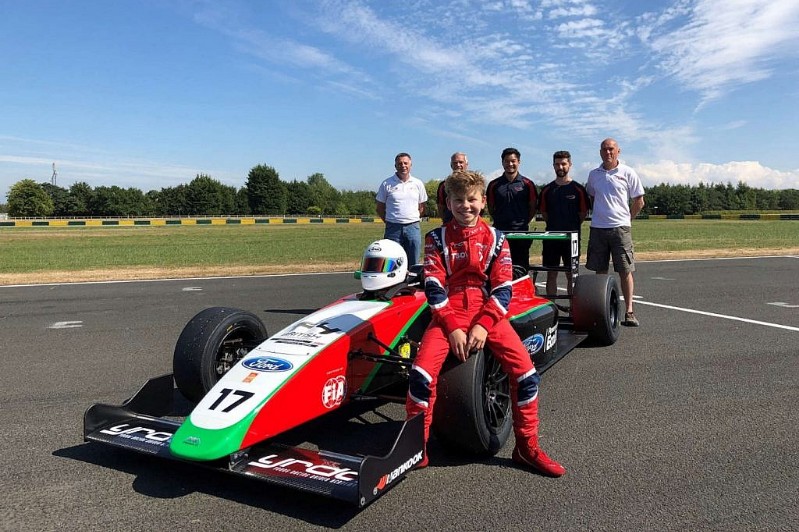 Two more signings have been made for the 2019 British Formula 4 season, bringing the grid up to six cars.

Arden has signed UAE-born British karter Alex Connor, a member of the Young Racing Driver Academy programme the team is linked to. The 14-year-old will be too young to contest the first round of the season by just a few days, meaning he will make his single-seater debut in the second round of the season at Donington Park.

?I?m really excited to have this opportunity to race with Arden in the F4 British Championship,? commented Connor.

?The guys at the YRDA have put a lot of effort into helping me in the simulator and in the gym. This has meant that the testing programme has gone well and I?m getting more confident with the car with each test.”

Connor’s aim for the season is podium finishes, coming off the back of a karting career where he was a multiple champion in the UAE. He tested several times with Arden last year, and will join Australian Bart Horsten at the team.

?We have been monitoring [Alex’s] progress very closely as he is a member of the YRDA and look forward to seeing him convert the talent and promise that he has shown in testing into podium success with us this season,” said team principal Garry Horner.

JHR Developments meanwhile has resigned Josh Skelton, who made his car racing debut with the team last season and finished 10th in the standings, taking three top five finishes, and fourth in the Rookie Cup with one class win.

?We had a good learning year last year and I?m looking forward to carrying over the experience into this season,? said Skelton.

?It?s great staying with JHR as I know the guys well and so it will mean we can focus on getting results. My objective is the top three in the championship and race victories, but I?m optimistic we can go for the title.”

Skelton has been testing with the team at Valencia over the winter. JHR will also be expanding into BRDC British Formula 3 this year.

Charles Milesi and Rui Andrade graduate to Formula 3 for 2019