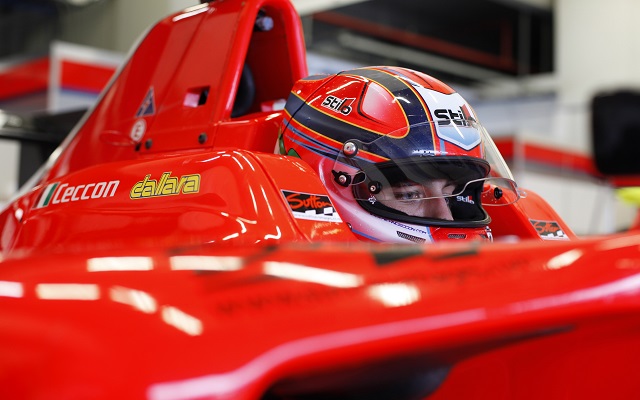 Arden have secured the services of Kevin Ceccon for the upcoming GP3 Series season.

The 21-year-old Italian has raced sporadically in GP2 and GP3 since 2011, when he won the Auto GP title and contested four GP2 rounds for Coloni.

In 2012 he took part in the full GP3 season for the Ocean team, including a podium in Monaco, before returning to GP2 with Trident. He finished second in Monaco but his season was cut short by a lack of funds.

After a year out, he made his GP3 comeback with Jenzer Motorsport for the final four rounds of 2014, claiming four points finishes from eight races.

Ceccon actually tested for Arden’s GP3 squad at the end of 2012 (pictured), topping the times on both days in Jerez.

?There are decisive moments in life and this is definitively the case for me,” he said.

“I will spare no efforts in the battle for the title with humbleness and with the determination to make this the most important year of my career. I am honoured to receive the support from all of those who believed in me in 2015 and I am very excited join Arden International, my new?family.?

Ceccon joins Alex Bosak as a confirmed driver for Arden this year.

?We are really pleased to have Kevin join our team this season,” said team boss Garry Horner.

“We tested him in the post-season sessions late 2012 and were impressed with his focus and determination. It is great to have an experienced driver complement our current lineup.?