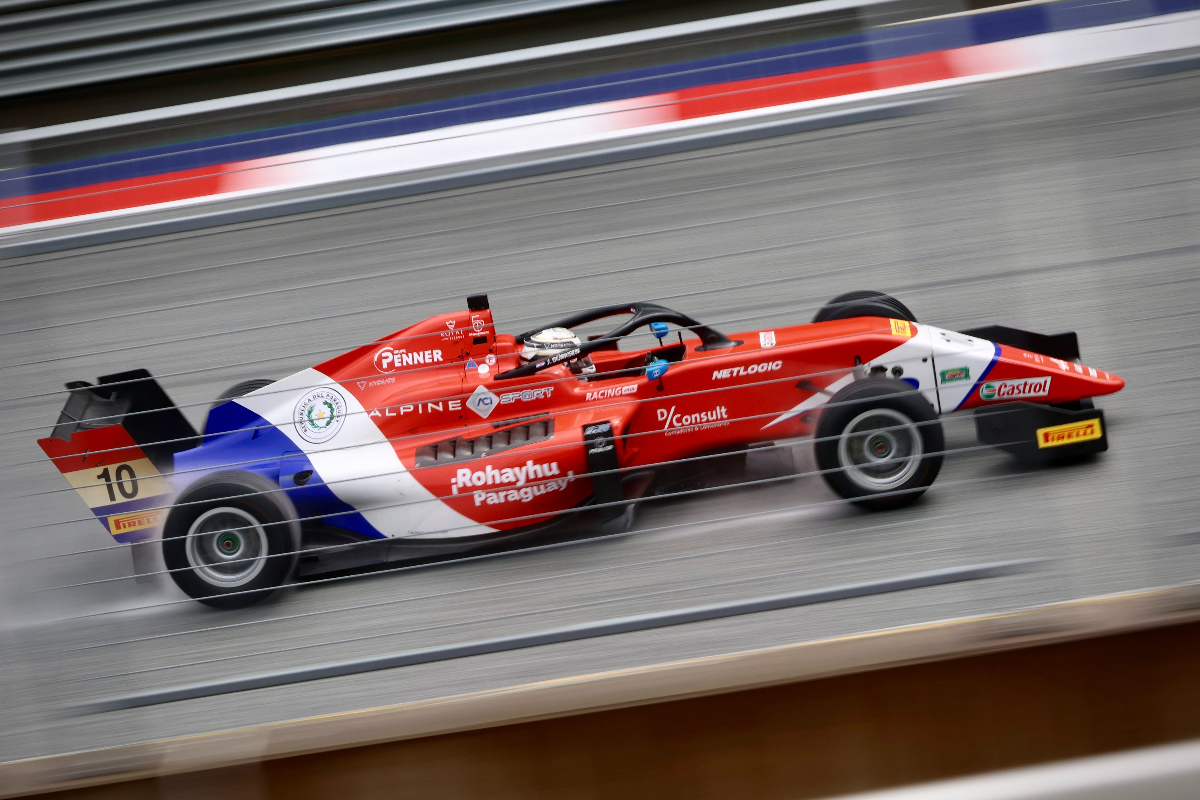 Joshua Duerksen and Eduardo Barrichello were the fastest duo in the three-hour long morning session on Thursday, being split by just 0.057 seconds and with an advantage of 0.178s over Prema pair Paul Aron and Dino Beganovic.

ART Grand Prix’s Gabriele Mini was the early pacesetter in the first session, but Duerksen was never far from first place.

MP Motorsport’s Sami Meguetounif briefly went fastest but was one of many drivers to have laptimes deleted due to track limits violations, and his lost lap put Aron on top before the first red flag interruption of the day.

R-ace GP’s Hadrien David was the driver to beat once track action resumed, staying on top for 30 minutes before MP’s Dilano van’t Hoff went to the head of the order.

Wet weather meant there was several stoppages, the next caused by Monolite Racing’s Nicola Marinangeli coming to a stop at Turn 7, and by which point Duerksen was in first place on the timesheet. He improved on his best lap several times but had a few deleted over track limits, but it didn’t stop him ending the session on top.

David and van’t Hoff were shuffled down to fifth and sixth by the end, ahead of Noel Leon, the third of Arden’s drivers.

The top 24, completed by Van Amersfoort Racing’s Joshua Dufek, were all within a second of the pace in the morning and it was Dufek who sat on top early on in the shorter one-hour afternoon session as the wet weather persisted.

During the drier periods there was big gains in pace, with Mini, David and Prema’s Sebastian Montoya all spending time in first place before the very last laps came in and Aron went to the top, albeit over two seconds slower than what was set in the morning.