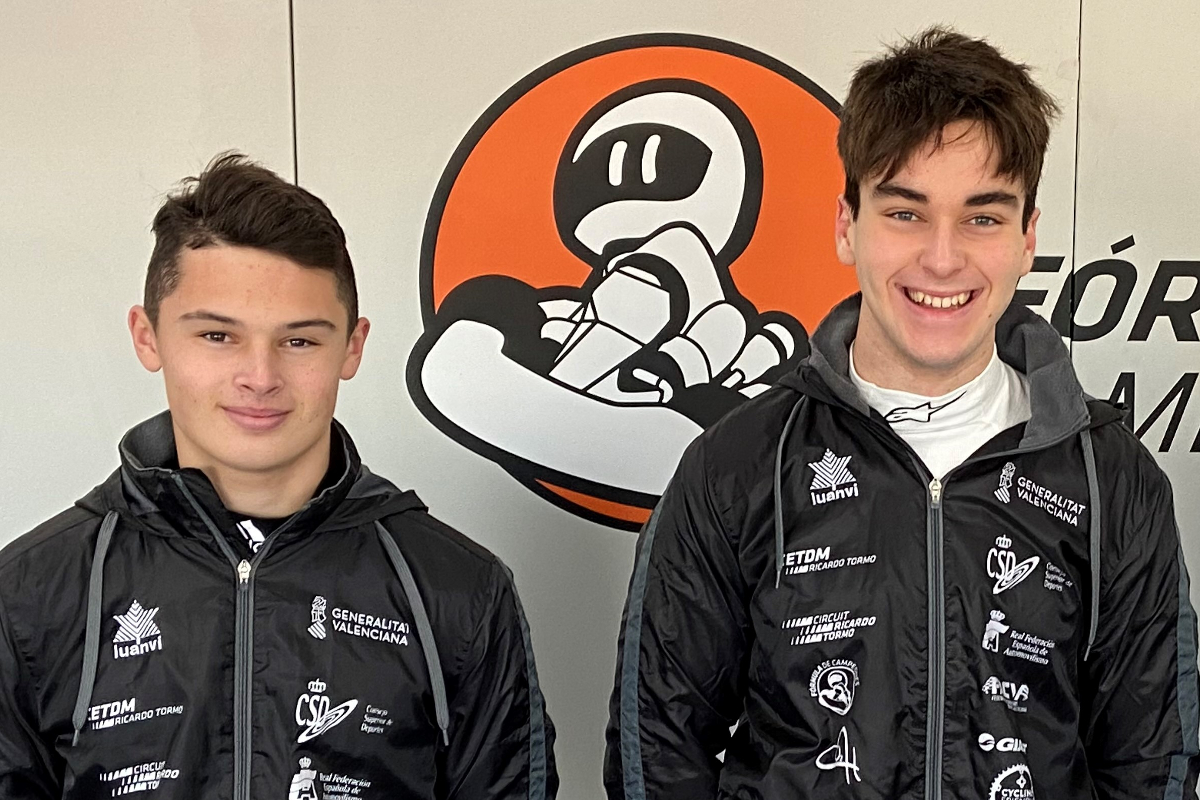 Valencia’s Ricardo Tormo circuit, the local track for the team, was the location of the shootout on Tuesday and Wednesday (January 11/12), and alongside the two winners there was Dani Briz who also took part.

All three finalists are part of the circuit’s student project which combines academic studies specialising in technology with physical and technical training at the track.

There four free practice sessions on Tuesday, and then there was two test sessions against the clock simulating race runs of 12 and 18 laps respectively so follow the structure of a Spanish F4 round.

Mayer was the fastest in the qualifying simulation, Briz topped the timing of the short race run and Garcia was quickest in the 18-lapper.

Ignacio Avino, president of the Valencian automobile federation and one of the commission who assessed the finalists, said “there two places for three drivers” such was the closeness of the three finalists and the difficulty in deciding the winners.

The winners, both 16, did two F4 tests with Formula de Campeones late last year at Barcelona and Ricardo Tormo. Briz was also present, having been the team’s reserve driver after being a losing finalist in the 2020 shootout for a ’21 seat. Having come short once again, he will retain his reserve driver position into 2022.

Garcia spent 2021 in shifter karting, entering a round of the CIK-FIA European Karting Championship for KZ2 karts and coming 23rd in the WSK Open Cup. In 2020 he did the Champions of the Future series, and also raced on X30 Senior karts.

Mayer, a type 1 diabetic, was 16th in the IAME Euro Series last year in X30 Senior and ended his year with fourth place in the IAME International Games. He was 19th in IAME’s Winter Cup, and 24th in the Warriors Final event.

That was his second season in senior karting, having prioritised OK karts in 2020 despite picking up far stronger results when he raced in X30 Senior, such as coming 11th in the IAME Euro Series.