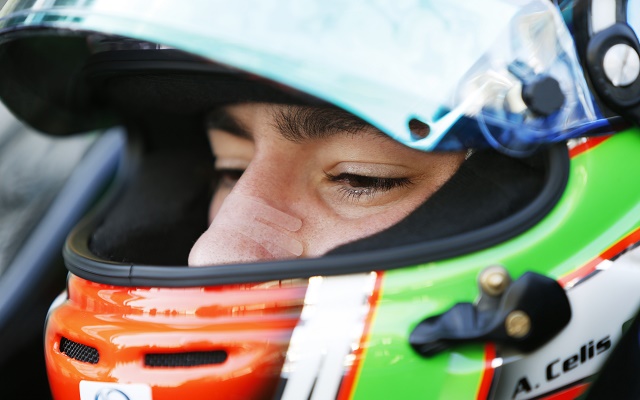 The 18-year-old’s 3.5 campaign will run in conjunction with his previously announced GP3 assault under four-time champions ART.

A newly-made adjustment in the WSR calendar means that the 3.5 series clashes with GP3 on September 5-6, but Celis will be free to contest the rest of both calendars without having to choose.

Celis made his Formula Renault 3.5 debut last year at the Nurburgring with French squad Tech 1, finishing the first race in 16th and the second race in 12th.

GP3 was his main focus in 2014, as he scored two points for Status to finish 21st overall.

A podium finisher in FR2.0 NEC and the Formula BMW Talent Cup, Celis also has national trophies on his CV – a first place in the Campeonato Turismos de Velocidad 1800 in 2011 and a 24 Hours of Mexico victory alongside his father in 2012.

“I couldn’t hope for a better start of the season,” said Celis. “Entering the highly-competitive Renault 3.5 championship with AVF by Adrian Valles is the best possible solution I could ever find.”

“I thank all the people who made this deal possible and I can’t wait to start the season, which will feature a double program also including the GP3 Series.”

AVF fielded Zoel Amberg and Beitske Visser in their second year in 3.5 in 2014, finishing seventh in the teams’ standings. Dutch female racer Visser will remain with the team, competing alongside Celis.

“I’m delighted to welcome a promising young driver like Alfonso in our line-up,” stated Valles. “He is one of the best prospects from Mexico, and we already have an option on him for 2016.”

“We showed how effectively we can develop the skills of young drivers approaching the Renault 3.5 series. We already knew Celis from a test we had with him with the Renault 2.0 car at the beginning of his career, but now he has also matured a considerable experience in GP3 and in Formula 3. I’m convinced we will be able to achieve the goals we have set for this season.”

Binder returns to GP2 with Trident