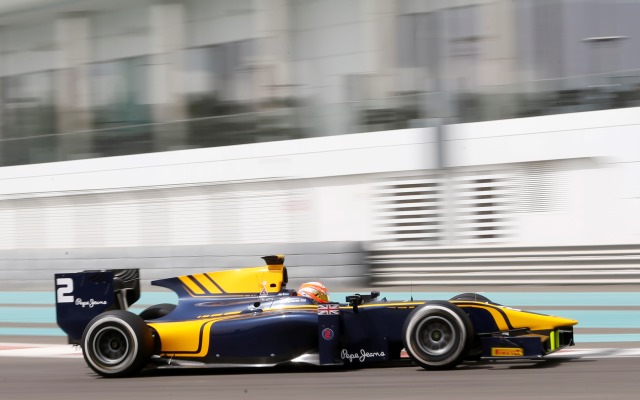 The Briton was nearly half a second quicker than his nearest challenger and DAMS team-mate Pierre Gasly, who had been fastest on Monday to keep up his 100 per cent record in GP2 tests since his first last November.

However, the pace will still the best part of a second off Gasly’s day one benchmark as the majority focussed on long runs.

Ferrari protege Raffaele Marciello was again near the top of the times in third for Trident, while ART’s pre-season favourite Stoffel Vandoorne just edged out Russian Time racer Mitch Evans for fourth.

Sixth was Alexander Rossi for Racing Engineering, followed by the trio of Julian Leal, Arthur Pic and Andre Negrao, who are all remaining with their 2014 teams for this season (Carlin, Campos and Arden respectively).

Completing the top ten was Racing Engineering’s second driver Jordan King, who was announced overnight as a development driver for the Manor F1 Team, where his father Justin has taken the position of chairman following new investment.