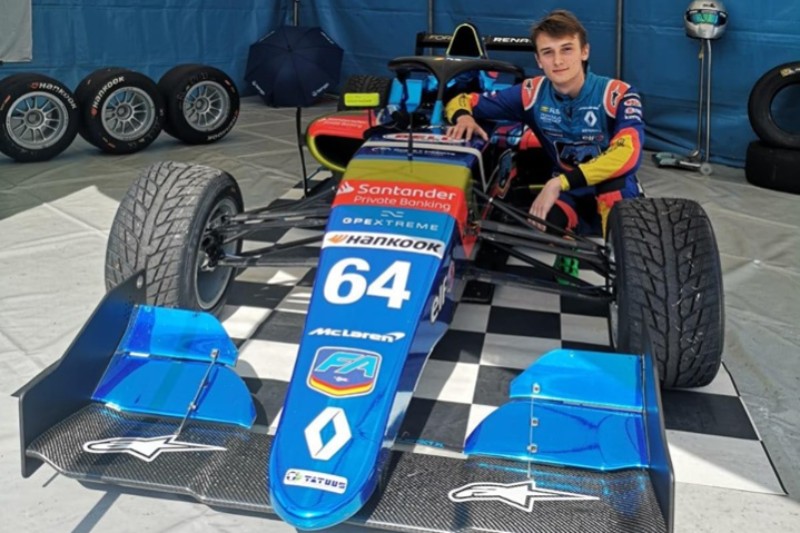 Former Euroformula Open racer Alex Karkosik will drive for the Fernando Alonso-supported FA Racing by Drivex team in the next Formula Renault Eurocup round at the Nurburgring.

The Pole, who was Formula Gulf Academy champion in 2017 then finished eighth in EF Open for two years running, has concentrated on his education for much of this year and has only recently returned to driving since graduating.

“I can’t wait to get back behind the wheel,” says Karkosik.

“In recent months, I wanted to focus on the final exams with a clear head, which is why we have suspended our programme, but for several weeks I have not thought about anything else but racing.

“A debut in Formula Renault in the team of the legend of Fernando Alonso is a great honor and a great opportunity for me.

“Racing on the new track for me Nurburgring and after a few months break I treat it more like a test and I don’t put pressure on myself, but I hope that it will be the first of many successful competitions for us.”

Various issues have meant that Drivex’s first season in the Eurocup has featured a rotating line-up, with American Brad Benavides the only driver to contest every round. Former Red Bull junior Callan O’Keeffe entered the first four rounds before switching to M2 Competition, with Patrick Schott also entering the first eight races with the team.

Drivex’s EF Open regular Rui Andrade and Spanish Formula 4 leader Franco Colapinto took over their seats for the last round at Spa-Francorchamps.

Colapinto and Karkosik’s fellow Pole Filip Kaminiarz, who was ninth in F4 United Arab Emirates this year, have been completing a test programme for Drivex’s EF Open squad using HWA and Piedrafita-powered cars.