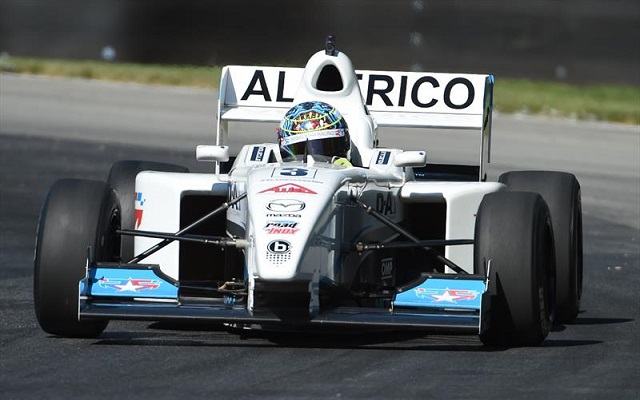 Neil Alberico was victorious in Pro Mazda race two at Mid-Ohio to collect his fourth win this season.

The American found himself in the lead at the start following pole-sitter Garett Grist’s penalty for a jump start, which saw him being relegated to the back of the field.

The Cape Motorsports driver confidently led every lap of the race, which saw a premature end as Florian Latorre‘s incident brought out the caution for the final minutes.

Timothe Buret completed a calm race in second, while the podium was completed by Santiago Urrutia.

Victor Franzoni repeated his best result in the category with a fourth, having to hold off the charging Will Owen during the final laps.