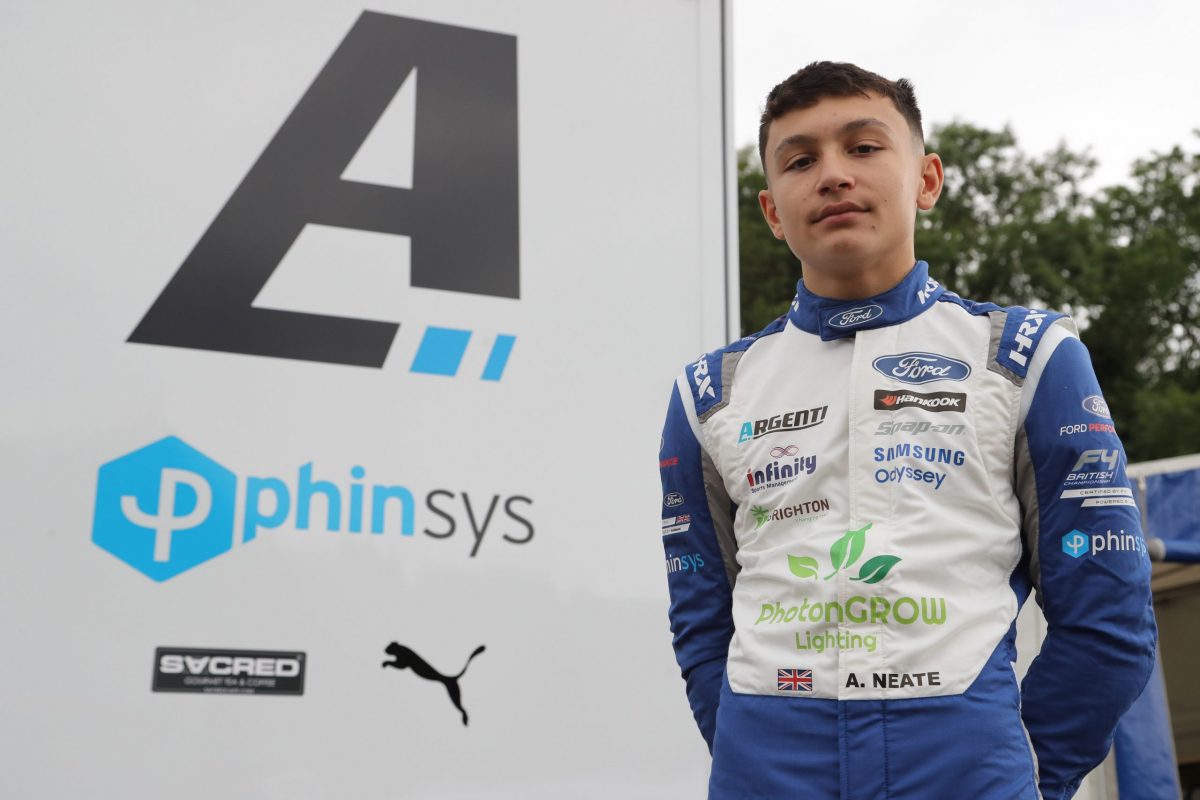 Aiden Neate will continue with Argenti Motorsport in British Formula 4 next year, expanding from the part-time campaign he did this year to a full season in the series.

The 15-year-old is the son of British Touring Car Championship driver Andy Neate, and made his car racing debut in the French F4 championship. He finished as the top rookie twice in six races and had a best overall finish of fourth place.

He then moved across to British F4, which in 2021 used the same chassis as French F4. Despite missing the first two rounds he came ninth in the standings, and made the podium three times.

“I’m very excited to confirm I’ll be back in British F4 with Argenti for the 2022 season,” said Neate.

“I developed a lot as a driver across a part-season in the championship last year, and by the end we were regularly up front with the title contenders battling it out for podium finishes.

“I’m confident we can hit the ground running, and I’m sure a lot of my experience in the old car will transfer to the new one, which was another big draw in wanting to compete in the series again for this year.”

British F4 will look radically different in 2022, with Tatuus’s Gen2 F4 chassis being introduced as well as Abarth engines, Pirelli tyres and a series takeover by Motorsport UK.

Neate is the first announced driver for next season, which has seven teams signed up to it including Formula 2 squads Hitech GP and Virtuosi Racing.