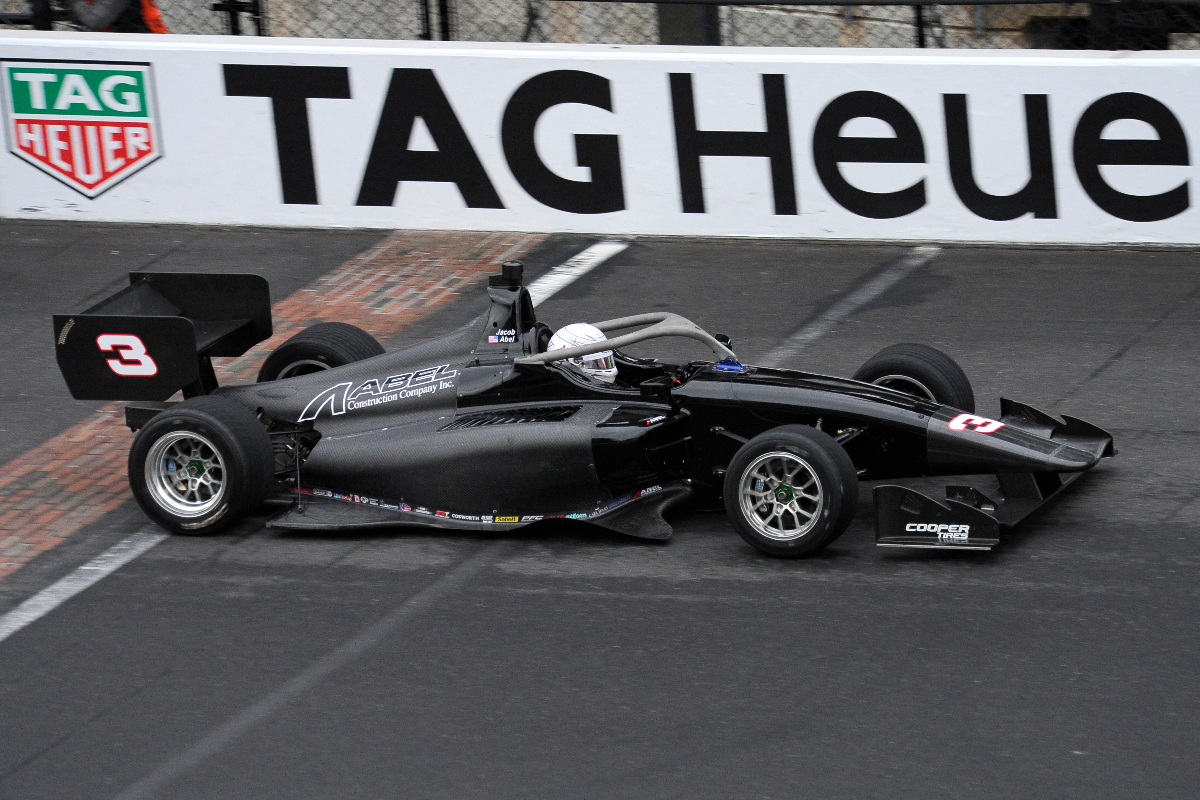 Abel Motorsports and its driver Jacob Abel will move up to Indy Lights next year after purchasing a Dallara IL-15 chassis.

For the past three years the combination has primarily competed in Indy Pro 2000, taking three podiums during that time, but also made an appearance on the podium in Stadium Super Trucks and come fifth overall in Formula Regional Americas.

Abel’s move up the single-seater ladder in 2022 comes after constructing a new team headquarters in Indiana this year and hiring former Belardi Auto Racing man John Brummer as team manager.

“I can’t thank everyone involved in our team enough for what they have done to make this a reality,” said Abel.

“I truly feel like I am progressing as a driver, and this is the logical next step for the team and I. This will be one of the bigger challenges I have faced in my racing career, but with the team I have around me and their Indy Lights experience, I know I have the tools to succeed.”

Abel’s father Bill, who owns the team, praised the big overhaul occurring with Indy Lights right now as it moves under the control of IndyCar owner Roger Penske.

“With Roger Penske and his team taking over control of the Indy Lights series and with the positive changes within our team we feel like right now is a perfect opportunity to progress,” he said. “Jacob has really grown as a driver over the past couple of years, and with the new additions to the team we feel that Jacob has everything he needs to move up the ladder.”