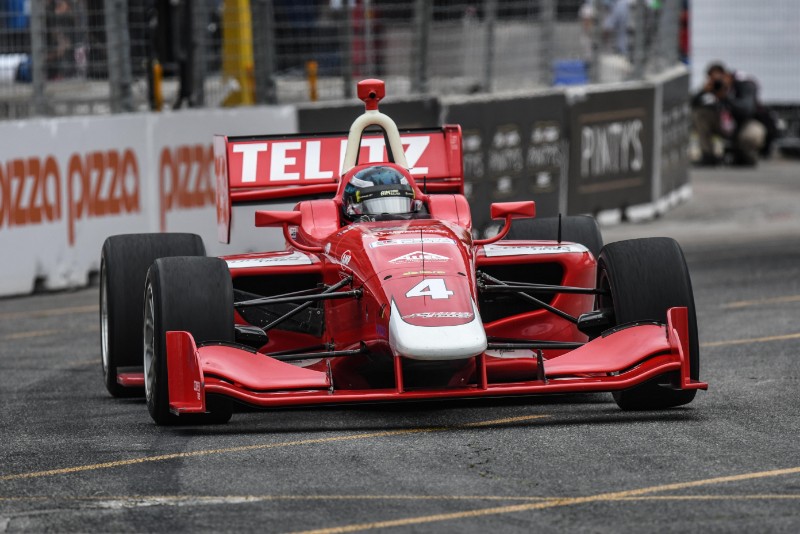 Aaron Telitz secured a lights-to-flag victory in the first Indy Lights race in Toronto, becoming the sixth different winner in 2019.

The Belardi Auto Racing driver – who returned to the series in May’s Freedom 100 – led all 35 laps from pole position, enjoying a lead of over two seconds for the majority of the race.

Telitz took the chequered flag ahead of Andretti Autosport’s championship leader Oliver Askew. The victory is Telitz’s first in Indy Lights since he won the final race of the 2017 season at Watkins Glen, and elevates him to 10th in the standings.

Askew was able to take second place from Juncos Racing rival Rinus VeeKay early on, and had to hold off the Dutchman before he was able to create a gap. The gap between the pair in the standings has doubled to six points.

Ryan Norman continued his recent strong form by finishing in fourth place for Andretti, albeit nine seconds down from the podium places.

The joint BN Racing and Team Pelfrey entry of Toby Sowery was able to hold off the third Andretti car of Robert Megennis – who started the race from the back of the grid – to take fifth place, while Lucas Kohl was the last driver in the field to finish on the lead lap in seventh place. Kohl now passes his former team-mate Zachary Claman DeMelo for eighth in the points.

Billy Monger: ‘I could’ve challenged for win’ without lap-one clash