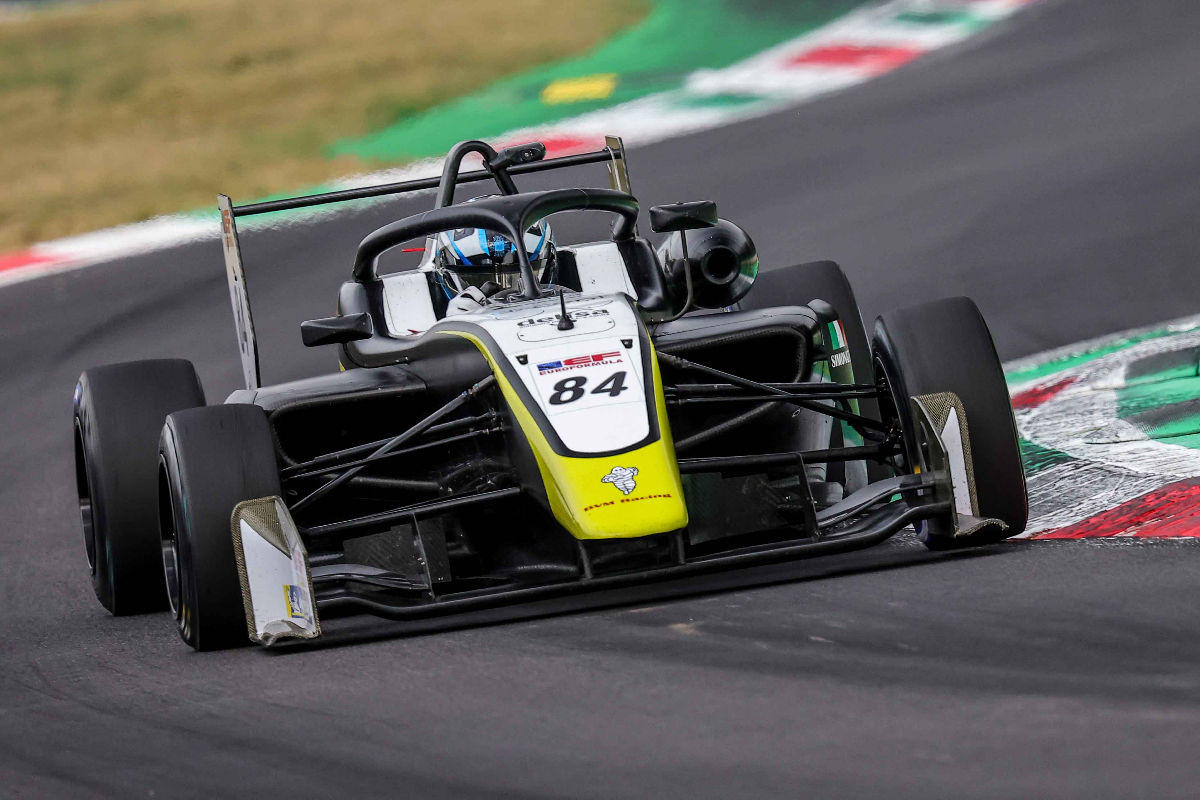 Francesco Simonazzi has described how he and BVM Racing are becoming more competitive in Euroformula as a one-car operation.

The all-Italian combination joined the grid for the final two rounds of 2021 and claimed a best finish of sixth. However Simonazzi was not able to better that until the fifth round of 2022 at the Hungaroring where he finished second in race three. In the three rounds since there has been three fourth places, another second place and a maiden win at the Red Bull Ring.

“I mean, from where I started [it’s now going well],” Simonazzi said to Formula Scout.

“[The growth as a driver and team] feels fantastic. So from where we started at Estoril, we were fighting to get into the top 10, now we are fighting for the first position. So I think it’s a great thing. We’ve worked a lot, from the start of the season, because we wanted to catch up very quickly with the other guys. Motopark have been here for quite a long time, and last time BVM was here was in 2017.”

Simonazzi’s “confidence has built up a lot” since his breakthrough Hungaroring podium.

“We had the pace in the two races before, but I just couldn’t overtake and get faster. But in race three all of a sudden I could jump all the others and started to overtake them.”

However it has been just as tough since then being a one-car team against Motopark’s sextet of vehicles.

“Well, I have to do a lot of work because the other guys can work on other set-ups, while I have to do everything on my own. So I need to be extremely precise in what I do, careful, because I can’t miss any free practice etc. Just it’s super hard, because they can work on three set-ups at once, and I have to maximise my time on one set-up, and then later talk a lot.”

Old tyres from previous rounds are used in the first practice session of each event, also making set-up optimisation more difficult at that point of the weekend.

“For first practice at Monza it was still track learning,” Simonazzi explained. “We didn’t change much on the car, and with older tyres I just wanted to learn the track. Then with FP2 usually, we might try a few things.

Simonazzi was fastest in both practice sessions at Monza, which Motopark skipped with two of its cars, and Simonazzi said “I want to see if they were hiding something, or if they found something out”. The team comfortably topped qualifying, while Simonazzi was 1.127 seconds back in fifth place.

The season finale takes place at Barcelona this weekend, and Simonazzi hopes to stay on the grid for 2023.