After a solid 2012 season that saw the likes of Nicolas Costa, Luca Ghiotto and Bruno Bonifacio embroiled in a title fight that was resolved only in the last race, Formula Abarth should’ve been entering this year as a major competitor for French F4 and ADAC Formel Masters. However, with Italian F4 on the horizon and the series struggling to keep the costs down, the grid won’t quite match up to the level of the aforementioned two. Thankfully enough, there are still solid drivers and, with 14 entries, Abarth could very well produce another great and close season.

After taking Nicolas Costa to both titles in 2012 and taking the team title themselves, Euronova return to the series with their main competitors Prema absent. As such, the trio fielded by the Italian team this year should be automatically regarded as potential contenders for podiums and even wins. Taking number 1 is series returnee Michele Beretta, who makes the switch from Cram Competition after partaking in the Italian Series of Formula Abarth in 2012, with a best finish of fifth. His experience will be key and should provide for podiums and wins – whether he can take that any further will depend on his consistency and progress.

The remaining driver duo both come from Russia, carrying sponsorship from SMP. Sergei Trofimov and Vitaly Larionov, 15 and 16 respectively, make their graduation from local-level MitJet series and will face an important learning year in front of them. 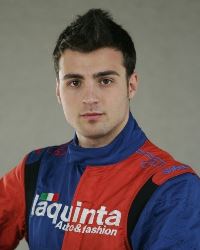 The reputable GSK squad will make their debut in Formula Abarth racing this year and are set to bring one of the best lineups to the grid. 22-year-old Simone Iaquinta will enter the season as the main title contender and the clear man to beat for the rest of the field. He’s won in Abarth before and even won in its predecessor, Formula Azzura, and will want to stamp his authority over the series once and for all following a strong 2012 in Formula Renault Alps.

19-year-old Finn Aku Pellinen will partner Iaquinta and, even with far less experience than his partner (none in single-seaters), should be kept an eye out for. He’s looked good in local-level series and was very rapid in testing and, with a strong squad behind him, could potentially be the revelation of the season.

After running Iaquinta and several other drivers in 2012’s Formula Renault Alps, Team Torino Motorsport will expand their operations to Formula Abarth. Luis Michael Dorrbecker will be one of the drivers, staying on with the team after racing for them in Alps, with the Mexican likely to have enough experience to challenge the favourites in Abarth.

On the other side of the experience spectrum, Yuta Shiraishi, the Japanese karting champion, has very limited experience in single-seaters, with a notable one-off in Formula Pilota China last year.

The Best Lap squad is the final team scheduled to run two drivers, with an all-Italian lineup for the start of the series. 17-year-old Loris Spinelli will graduate from karting, having achieved some very impressive results in his prior career with a victory in the CIK-FIA World Cup in the KF2 class among other successes. His karting resume makes him a dark horse for the title, though the lack of experience can prove to be a massive challenge.

His compatriot Federico Pezzolla is another karting graduate, having had some impressive runs in local-level karting championships over the years.

Having decreased their level of participation from two cars to one following 2012, Cram will field Alessio Rovera, a 17-year-old Italian karting graduate. Rovera looked decent in testing and was good in his karting outings and should produce some pretty decent results.

Absent from Formula Abarth for the majority of 2011 and 2012, TomCat returns to the field this year, running a sole car for Marco Tolama, Jr., a 21-year-old Mexican with limited experience? who achieved two podiums for the TomCat team in Formula Renault 2000 Italy on his guest appearance last year.

Facondini is another team to return on the heels of a year of absence, fielding one car for Brazilian youngster Lukas Moraes, a 1996-born karting graduate who has managed to impress the team in testing despite missing years of competitive running.

Making their first appearance in Formula Abarth, Technorace will also have one car, driven by Alessandro Perullo. The 2013 season will mark the 17-year-old Italian’s debut in major competitive racing.

Yet another team to be returning to the series, AB have a sole driver in their lineup in Sabino de Castro. The 27-year-old Italian has raced in Formula Monza Junior and Trofeo Maserati before, with Formula Abarth being his first experience in competitive upper-level single-seaters.