New for 2013, BRDC Formula 4 has been created by MotorSportVision’s Jonathan Palmer with the support of BRDC chief Derek Warwick with the intention of being an affordable entry-level series in the United Kingdom. Up against the long-standing Formula Renault and Formula Ford and the more-popular-than-ever option of racing on the continent, it has its work cut out to gain a market share, but has already attracted a healthy-looking 21-car grid for the first season, which begins at Silverstone this weekend. 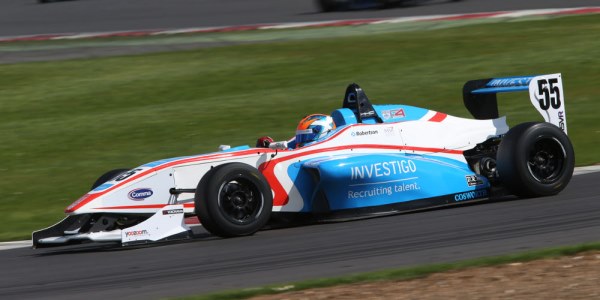 The first driver that organisers managed to sign up was Charlie Robertson. The Scottish racer, who turned 16 on 1 January, won last year’s Ginetta Junior Championship and now makes the switch to single-seaters along with the HHC team. In his final year of karting in 2010 he finished third in the Formula Kart Stars KF3 category, before finishing runner-up in his first year in Ginettas. Even though he is new to single-seaters, he’s highly-rated and should impress quickly.

Joining Robertson in a three-car assault from HHC are two more 16-year-olds, Brazilian Gustavo Lima and South African Raoul Hyman. Lima switches to F4 after his first season in single-seaters in Formula Renault Alps in 2012, where he claimed a best result of 12th. This year he has also been racing in F3 Sudamericana, claiming his first win at his local circuit of Brasilia last weekend. Hyman steps up into F4 out of karts, where he finished third in the British Super 1 National Championship’s Junior Rotax class last year. 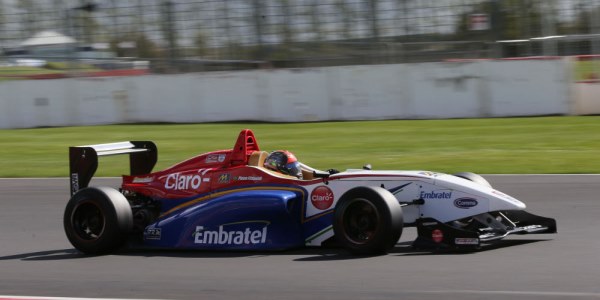 Formula Renault team MGR expands into Formula 4 with a strong three-car line-up. Two of their drivers race in Protyre Formula Renault for rival squad Jamun – Pietro Fittipaldi and Diego Menchaca. Fittipaldi, the grandson of Emerson, makes the unusual switch from NASCAR. After starting off in karting in his native Florida, he made his stock car debut in 2010 and then won the Limited Late Model title in 2011 aged 15.

18-year-old Menchaca is a member of the Escuderia Telmex scheme that has taken Sergio Perez and Esteban Gutierrez to Formula 1 (Fittipaldi also has Carlos Slim’s backing through the Claro and Embratel brands). After finishing third in the Latam Challenge in 2011, Menchaca raced in Formula Renault BARC last season, finishing in 11th place in the final standings.

MGR’s line-up is completed by Jake Dalton. The 17-year-old finished his karting career in 2010 with third place in the British KF3 championship, behind Racing Steps drivers Jake Dennis and Ben Barnicoat. After three Intersteps starts in 2011, he did last year’s BARC series with MGR, finishing eighth in the points. He was one of the two pacesetter’s in F4’s pre-season test earlier this week and consequently starts amongst the favourites.

The third outfit campaigning three cars is Hillspeed, who won the Formula Renault BARC title with Alice Powell in 2010 and Ginetta Junior titles in 2010 and 2011. The last of those was brought to them by Seb Morris, who now makes a surprise to the team to run in F4. The promising Welsh driver had signed for Fortec to race in the Formula Renault NEC after coming third in BARC last year, but the 17-year-old has since opted to continue racing in the UK. His preparation has been slightly hindered by an accident involving Hillspeed’s transporter that ruled them out of this week’s test, but Morris must remain one of the title favourites.

Running alongside Morris is Struan Moore, another graduate of Hillspeed’s Ginetta Junior squad. Managed by fellow Jersey-based driver?and former Formula Renault 3.5 race-winner James Walker, the 18-year-old made his first steps in cars in 2011 in Ginettas and finished 12th in the standings, before contesting a couple of BARC rounds with Hillspeed at the end of last year after taking time out to concentrate on his education. That means he’s still inexperienced in cars and particularly single-seaters, but is a driver with potential.

Rahul Raj Mayer completes Hillspeed’s line-up for what will be the 16-year-old Malaysian’s first season of racing in the UK. After karting on his home continent, he won races in the 2012-13 Formula Gulf 1000 series in the Middle East. 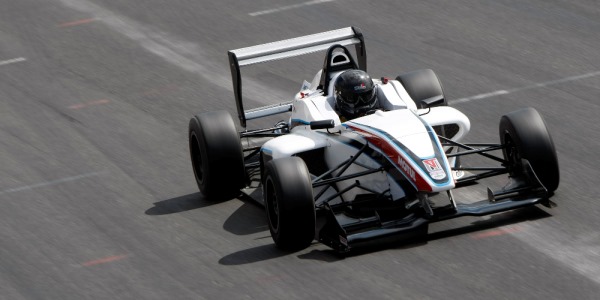 The Walkinshaw outfit, which runs the factory Holden team in V8 Supercars in Australia, has entered F4 under the name of F3 Open racer Sean, who is clearly keen to follow in the footsteps of his late father Tom, a successful team boss in touring cars, sportscars and Formula 1. Two of their drivers are promising British karting graduates. After success at home, Matthew Graham then won the Asia-Pacific KF3 title in 2010 followed by the CIK-FIA U18 World Championship in 2011, and is still only 16 years old.

Chinese driver Zou Sirui may be 25, but only has one year of major single-seater racing behind him – Formula Pilota China last year. Despite missing the last two rounds, he did manage tenth in the points and two podium finishes.

Lanan Racing has experience from A1GP, F3000 and F3, and their F4 attack is spearheaded by Jake Hughes. The 18-year-old only has three years of racing behind him but has shown promise in the Easykart category, becoming ‘E Plate’ champion last year. He made his car racing debut at the final round of Formula Renault BARC last year, followed by a round of the Winter Series, claiming a best result of eighth. Managed by a team including Darren Turner, he topped the pre-season test at Snetterton so is one to watch.

Hughes’ teammate is Daniel Headlam, who moves into F4 after some occasional appearances in Formula Ford 1600 over the past two seasons.

Douglas Motorsport are another team to come from Ginetta Juniors. Sennan Fielding finished runner-up there last year to Robertson, and the 17-year-old previously came third in Super 1 KF3 in 2009.

Fielding’s teammate is Polish female racer Malgosia Rdest, who has a year’s single-seater racing and training behind her after finishing tenth of the 12 runners in last year’s Formula BMW Talent Cup.

Motionsport are new to single-seaters, and so are their two drivers. 16-year-old Ross Gunn won both the Super 1 National Championship and Kartmasters British Grand Prix in the Rotax Mini Max class in 2011 before winning the Super 1 Junior Rotax title last year. He’s also the most senior member of Arden’s new Young Racing Driver Academy.

Somewhat older but also stepping out of karts for the first time is 24-year-old Simon Rudd. He has won numerous 24-hour kart races but his most notable success came when he finished second to Jack Aitken in last year’s Henry Surtees Foundation race, winning a Eurocup Formula Renault 2.0 test in the process. 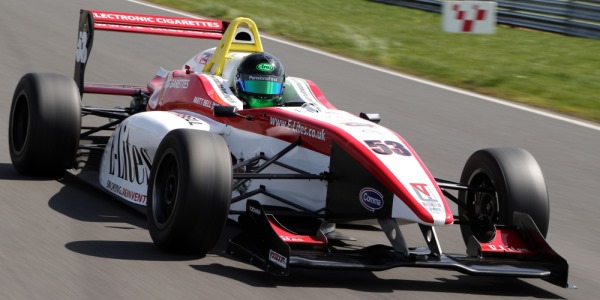 Matt Bell leads the privateer entries, with the low-cost F4 enabling the 23-year-old to return to single-seaters running his own car. He began his car racing career in Formula BMW in 2007 but budget constraints restricted him to just selected appearances in that and Formula Palmer Audi until 2010. After sitting out 2011 he returned to action in Radicals last year. His early pace suggests he’ll be fighting right at the sharp end.

James Greenway is the final privateer, run by his father Frank. The 22-year-old graduates from Rotax Max karting after a break due to health issues.