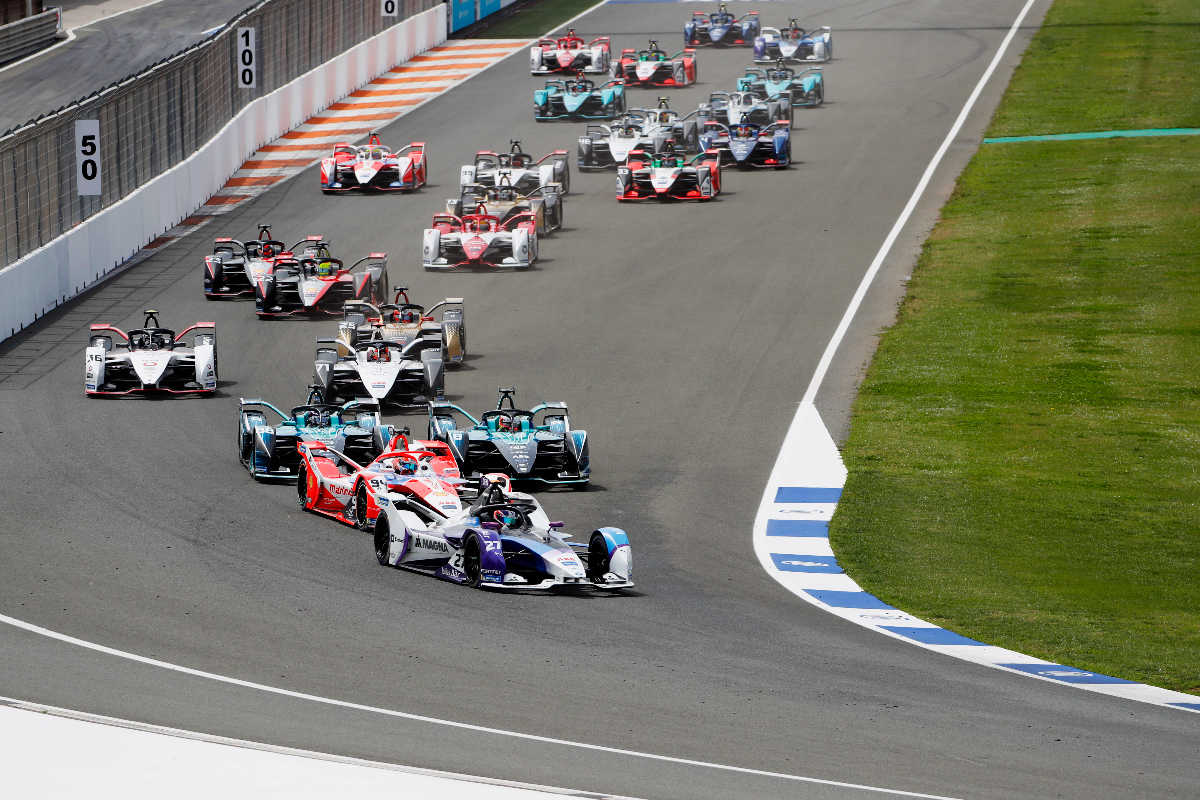 Electric open-wheel racing is still limited to Formula E after seven seasons, although it does now carry world championship status. That has increased the push for junior single-seaters to adopt electric power

Last weekend, the 2020-21 Formula E season concluded in phenomenally dramatic style in Berlin as 14 drivers went into the title decider capable of becoming the series’ first ever world champion and six outfits capable of winning the teams title too.

The way those title contenders were whittled down through the one hour and 12 minutes of that final race could never have been predicted, and it’s increased the anticipation for the start of next season in five months’ time.

By that point there may well be eyes on ERA, the proposed world-first electric junior single-seater series that claims it will get underway later this year and will then hold a ‘driver bootcamp’ in the United States in January 2022.

It’s exceptionally difficult to get a junior single-seater racing series off the ground, particularly ones utilising powertrain technology rarely seen below the professional ranks, but FE teams are interested in doing just that using the cars that will race for the final time in the world championship next year.

But a point of interest is just that right now, although expect it to be on the discussion table between teams again post-season. With it being at such a formative stage of concept, what would Formula Scout’s writers want to see in an electric feeder series to FE?

An equal to Formula 2, but with an open driver market

Having another series joining Formula 2 and Indy Lights at the top of the junior ladder would be very positive for motorsport.

However, this new category has to offer something different in order to become popular among drivers whose ultimate goal is reaching Formula 1 and, therefore, won’t be willing to leave that path unless there is something very good awaiting them. 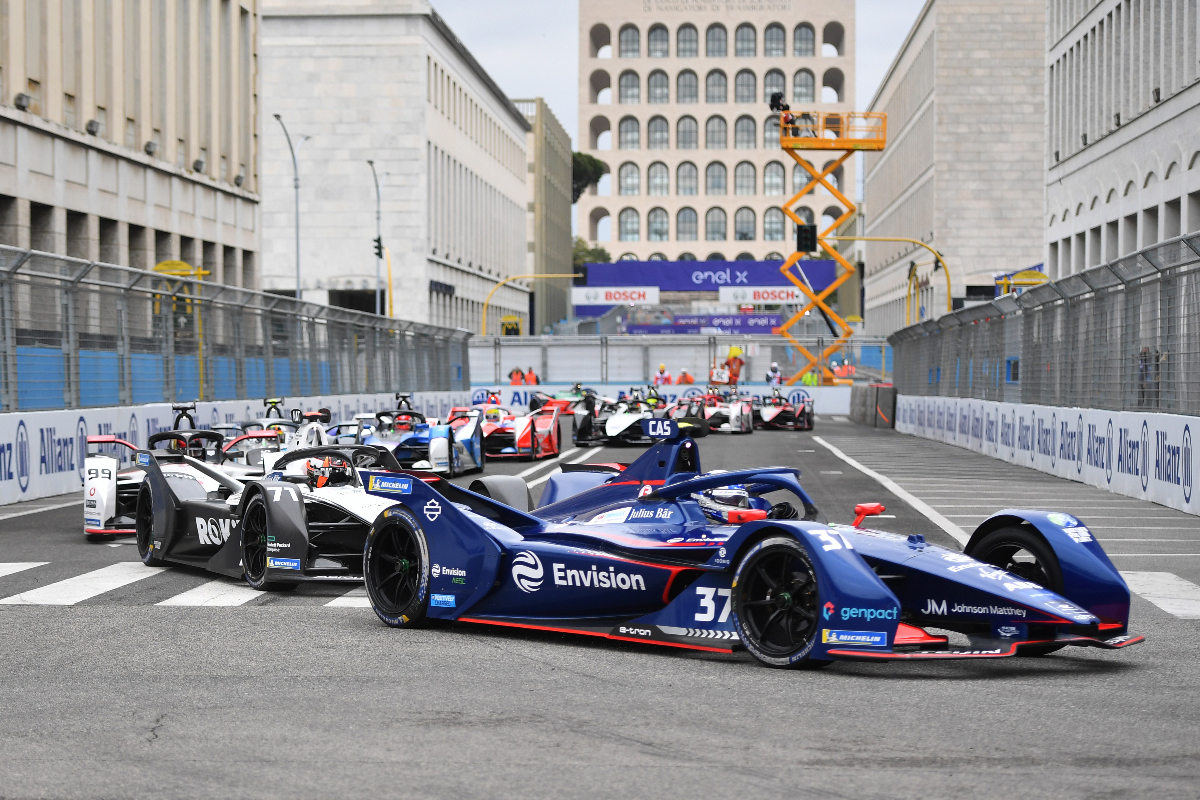 Nissan’s general manager for global motorsport Tomasso Volpe has explained recently that a potential new series would use the FE Gen2 machinery, as they are set to be replaced by a Gen3 car for the 2022-23 season.

This, together with the support from the FE teams and organisers, should help to keep the costs down, making the new championship very appealing for drivers who struggle to put together the €2 million budget required to race in F2.

Becoming professional racing drivers wouldn’t be far away in the minds of these young drivers, and they will give it all to fulfil their potential and impress FE manufacturers and teams.

Something which is key to the success of the series is the absence of direct links between FE teams and the driver and teams of the feeder series. No junior partnerships, tie-ups or the like. Why?

Impeding the category from being a driver pool where all the FE teams can sign the biggest talents to race in the world championship the following season would be the first step towards the failure of the new category.

All of FE’s junior series graduates

Being part of the FE race-day schedue and marketing

The time is right for FE to expand its race-day programme and to build a step on the ladder from karting to FE itself. There are a number of practical difficulties to be overcome, some technological, some administrative, some strategic.

The aim of the series must be to develop drivers and engineers for graduation to FE. Therefore, the series should adopt the same street circuit-based model. This will also permit the organisers to leverage marketing and media presence, as well as ensuring television coverage.

A support race could surely be accommodated within both the race schedule and the more limited paddock facilities, as has already been demonstrated by the previous spec Jaguar I-Pace eTrophy touring car series. I don’t see any benefit in running a junior series outside the existing FE package, which would mean running races on traditional circuits.

At what level should any junior electric single-seater series be pitched? The obvious answer would seem to be at the level of Formula 4 (the only junior category to feature hybrid power), as a first step on the ladder for drivers graduating from karting.

Electric karting would appear to be at the start of a boom period with organisations such as Rob Smedley’s Total Karting aiming to establish electric alternatives within the existing karting infrastructure. For young drivers starting racing, electric vehicles will increasingly be the norm rather than a novelty going forward.

It is unlikely that a driver could jump from an F4-level series directly to FE, and therefore if they are then required to make their way up the ladder still via categories with internal combustion engines then the electric progression would be lost.

The idea of novice drivers being let loose on some of the tight FE circuits also increases the risk of expensive shunts, as the lack of run-off would heavily penalise mistakes. And that is without the tendency, visible among professional drivers in FE too, of car-to-car contact more reminiscent of dodgems than single-seater racing… 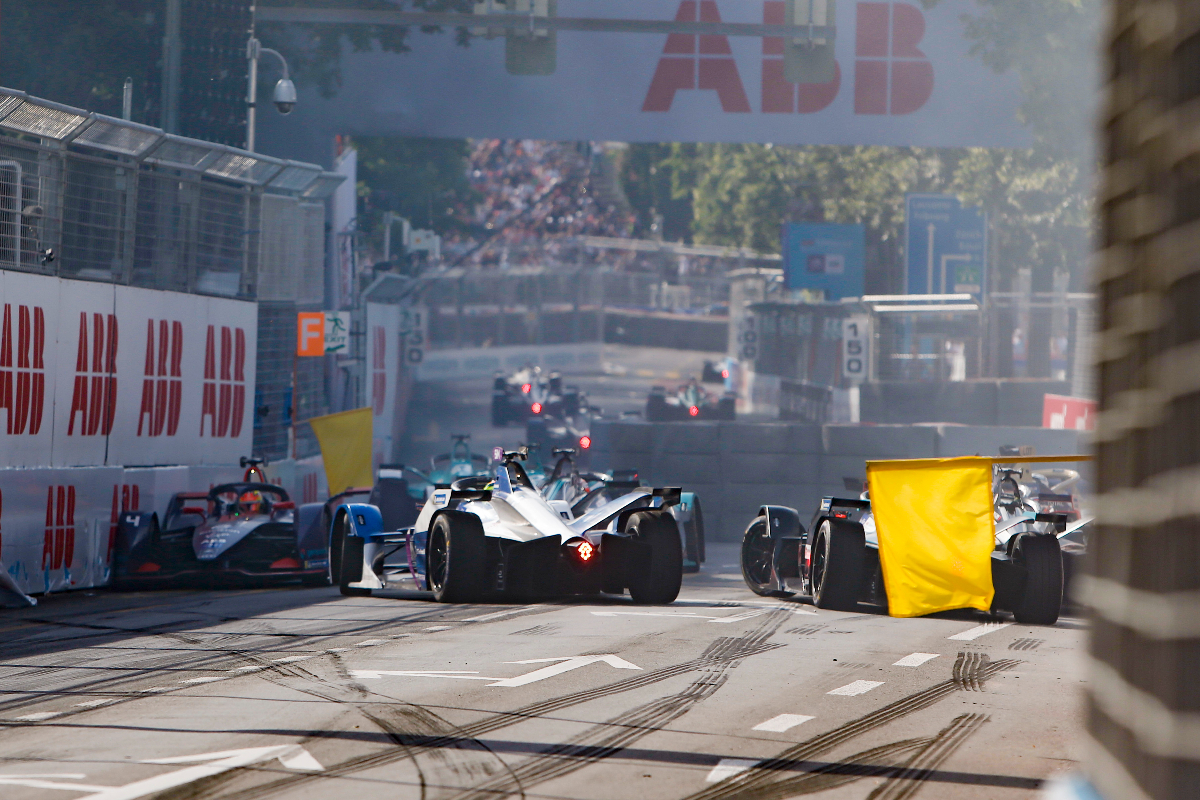 In order to keep costs down, a single powertrain would be necessary, although the chosen manufacturer may be willing to make more of this commitment than the likes of Abarth (a Sauber Engineering-supported Autotecnica product) and Alpine (a Renault engine in an Alpine-branded championship) do from their powertrains used in junior single-seaters now.

Lastly, the series would need to take out much of the complexity, and the bewildering and late application of penalties for minor technical infringements. If not, the drivers and fans will quickly get confused and lose interest.

So many drivers that have come to the championship from other series have noted just how different driving a FE car is to other series, and much has been written about FE’s unique weekend format, particularly a qualifying system that makes it harder to take pole position if you’re at the top of the points table.

This junior series will need to train drivers to be able to race electric machinery in such a championship. Reversed grids is the easiest way to achieve that, with perhaps two races a weekend, similar to the old F2 format of a feature and sprint race. It will also need to be long enough – or have a restricted energy usage – so that energy management is something a driver is aware of; not something that will take away from the racing but as much F2 drivers have to manage their tyres, the ‘FE2’ drivers must manage their energy. It is what separates the good from the great in FE.

It also needs to be low-cost, and fit into the general FIA ladder enough so that, should there be no Formula E seats available at the end of the year, doing well in FE2 will make a driver attractive to teams from other high-level series.

Working with other series

FE is so unlike anything else in single-seaters that putting young drivers in Gen2 cars is very much throwing them in at the deep end.

Using those cars is just a consideration for now, and I’d imagine either the existing chassis or the powertrains would be used in a new series, but not both. And that makes far more sense from the cost, contract and driver experience perspectives.

The other huge learning curve in FE is the circuits, and to support the world championship’s races would definitely be diving in deep. It would also probably lead to so many delays to weekend schedules that the support series would only work as the last sessions of the day (easier with double-headers) if you want to avoid the chance of eating into FE’s lucrative TV time.

I’d like to see co-operation with other major championships for an FE feeder series to support. If the money’s there to be multi-continental, join the World Endurance Championship at Sebring to learn about surface changes and racing on abrasive concrete, go to Vila Real’s streets with the World Touring Car Cup or to Copenhagen with Pure ETCR and run at the Motorsport Games wherever that is held.

That way you’re introducing elements but not all at once, and bringing electric racing to audiences and sponsors that perhaps ignore FE. Is mixing electric and ICE motorsport an effective way of promoting the former? Why not.