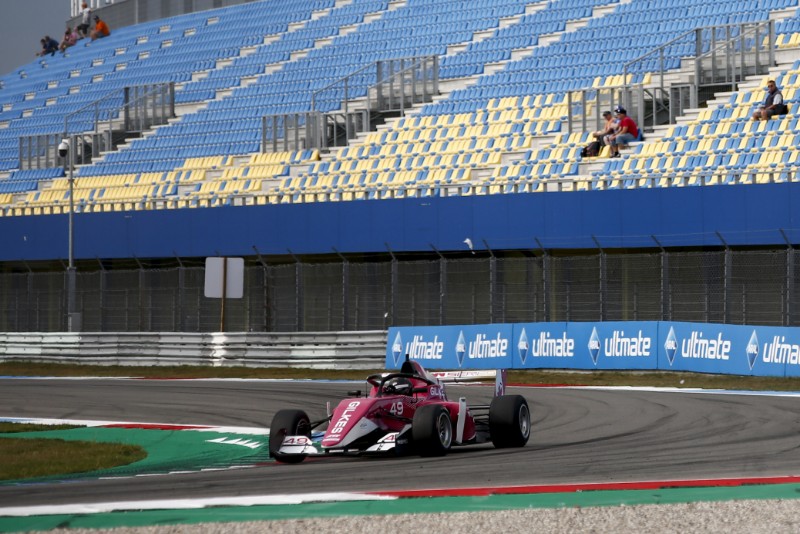 W Series will reverse the points standings to set the grid for its first ever non-championship race at Assen on Sunday morning.

All W Series rounds so far this year have included only one race, but organisers have added a second to the Assen timetable as an experiment ahead of potential changes in the race and weekend format next season.

Using the reversed standings, and including the championship’s reserve drivers, leaves Canadian Megan Gilkes on pole and Belgian Sarah Bovy alongside her on the front row.

The back row of the grid will be taken up by title contenders Beitske Visser and Jamie Chadwick, although the non-championship status of the race means their points battle will be unaffected by the race result. If there were racing incidents which would usually be dealt with via grid penalties, it is unclear what the resultant decision would be.

?Today?s conventional race showed that overtaking is possible on the fast twists and flowing turns of the Assen ?cathedral of speed?, albeit difficult, but the drivers who have proven themselves to be fastest in W Series so far this year will be starting at the very back tomorrow ? they?ll be pushing hard to make up as many places as they possibly can.

“As usual, the race will be of 30 minutes? duration, plus one lap, so you can expect to see quite a few overtaking manoeuvres.”

?I?m really looking forward to tomorrow?s reverse-grid race,” she said. “First of all, it?ll be fantastic to be racing again so soon ? two races in two days ? but it?ll also be a really cool new challenge, with Beitske and I starting from the very back.

?It?ll be unpredictable all the way from pole to P20, I?m sure of that, but, speaking for myself, hopefully such a radical format will allow me to showcase what I can do from the back end of the grid, and do a bit overtaking, without the pressure of fighting for championship points.?