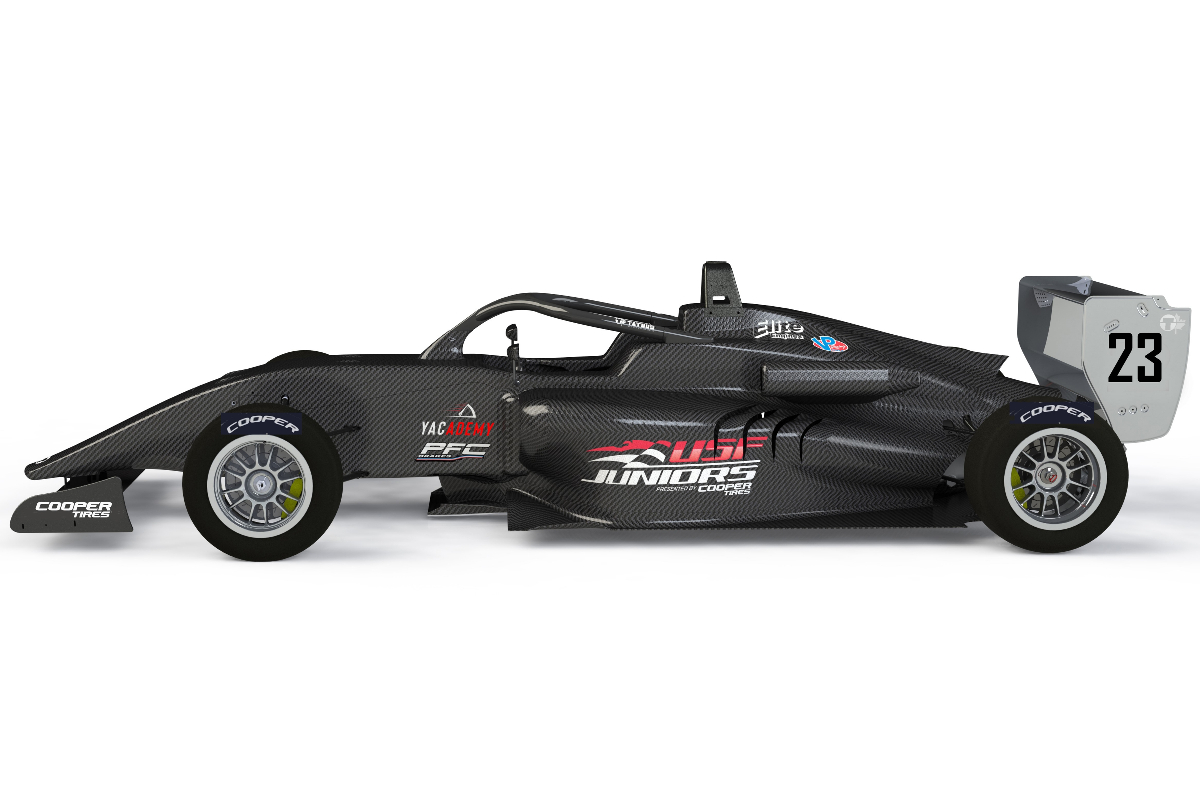 USF Juniors, the bottom rung of the Road to Indy, has announced after its inaugural season using Formula 4 chassis this year it will adopt a new car in 2023.

The series will utilise the same Crawford F4-16 and Honda engines as the United States F4 championship in 2022, before bringing in the new Tatuus JR-23 which will be based on the same monocoque as the other cars in the Road to Indy.

That means USF Juniors teams can upgrade the JR-23s to race them as USF-22 chassis in USF2000, then upgrade them again to become IP-22 cars for Indy Pro 2000. Both of those cars have new names after being heavily updated for 2022.

To support that possibility, a scholarship of over $220,000 will be awarded to the 2023 champion to graduate into USF2000. The inaugural champion will get $200,000 in prize money for the same step.

New additions to the Tatuus chassis for the USF Juniors-spec version will include modified uprights, brakes, dampers and the wheels. The same two-litre MZR engine as USF2000 has will be used, but restricted to 150 horsepower, and the car will run on the same Cooper tyres too.

The price of the car, including two sets of wheels, the engine and the electrics will be approximately $94,000 based on current supplier prices and the first deliveries of cars to teams will be in July or August this year.

Before the inaugural USF Juniors season gets underway at Ozarks International Raceway in Missouri on April 23/24, the two-round YACademy Winter Series will run in February to give teams the chance to get used to the F4 car.

What was the top rung of the Road to Indy, Indy Lights, is no longer considered part of the ladder since moving under IndyCar’s control for 2022. However the IP2000 champion will still get a scholarship to step up to Indy Lights.