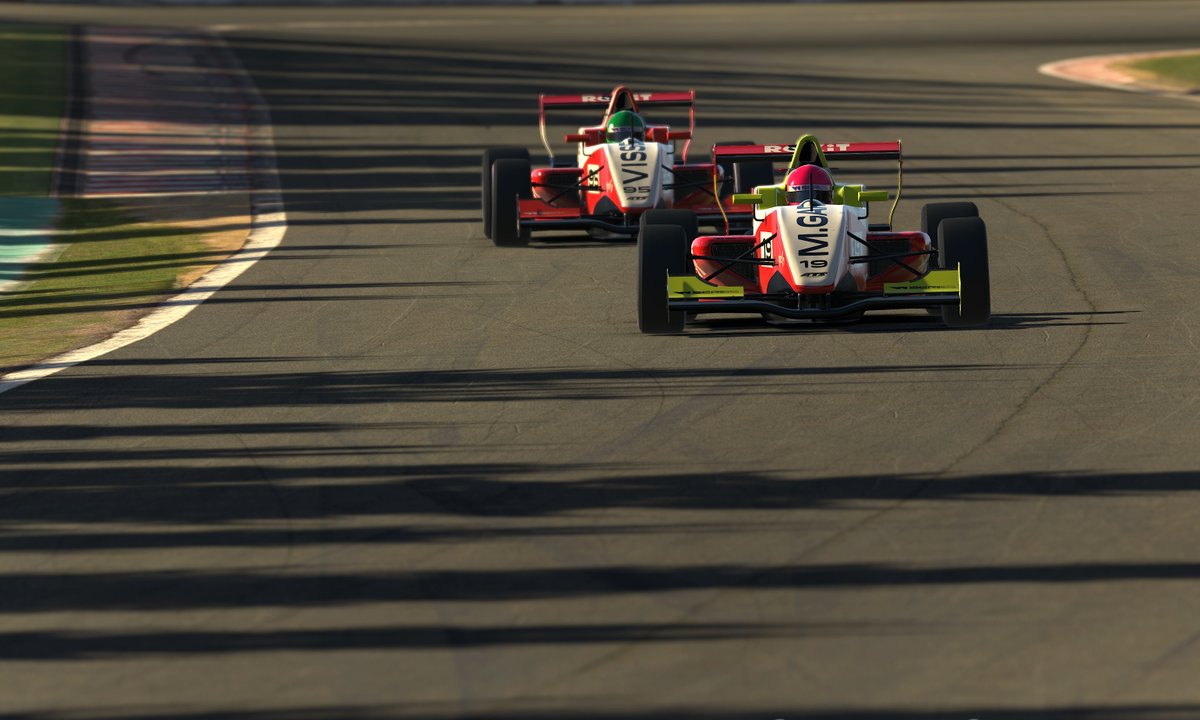 Both Marta Garcia and Tasmin Pepper took their maiden W Series Esports League victories at Spa-Francorchamps, with Garcia also going on to win the feature race.

Garcia led from pole to the flag in the opener, but series leader Beitske Visser kept her honest throughout the 15-minute race.

Visser closed in towards the end of the race but, with both drivers being liberal with track limits and how iRacing’s penalty points system is awarded, was unable to get a move done even with a very late move into the final chicane on the last lap.

It was Garcia’s first victory in the series, after coming close a couple of times in previous rounds. Irina Sidorkova was a distant third, after avoiding a chaotic sequence of events down the Kemmel Straight which affected Pepper as well as fellow frontrunners Nerea Marti, Alice Powell and Jessica Hawkins.

Caitlin Wood was fourth ahead of Belen Garcia and Emma Kimilainen – the latter also avoiding the carnage. Powell was able to recover to seventh, ahead of Agren, Marti and Cook.

After the disappointing opening race, Pepper was on pole for the reversed-grid race and made a superb start to break away into the lead instantly, leaving Powell, Marti and Hawkins to battle over the remaining podium spots.

Pepper took a commanding win, while Powell and Marti rounded out the top three in what was a comparatively clean race compared to race one.

Abbie Eaton had her strongest race to-date with fourth, ahead of race one winner Marta Garcia with a fine recovery to fifth, and Sidorkova – who interlocked wheels with Naomi Schiff early on. Hawkins dropped down to seventh, ahead of Belen Garcia, Wood and Sarah Moore.

Visser, who normally in the reversed-grid races goes forward, had a difficult time. She had worked her way up a few places on the opening lap before dropping down the order, and was only able to recover to 15th – the final points-paying spot.

Garcia edged Visser for the pole for the feature race, and duly got a good start. Visser challenged at the end of the Kemmel Straight but defended the position.

Visser tried to close up, but a small mistake at La Source took her out of slipstream range and gave Garcia enough of a gap to break away slightly to secure her second victory of the season.

The best battle of the night was over seventh, between Belen Garcia, Eaton, and Schiff – and was determined in the Spaniard’s favour with a fine double overtake into Les Combes.