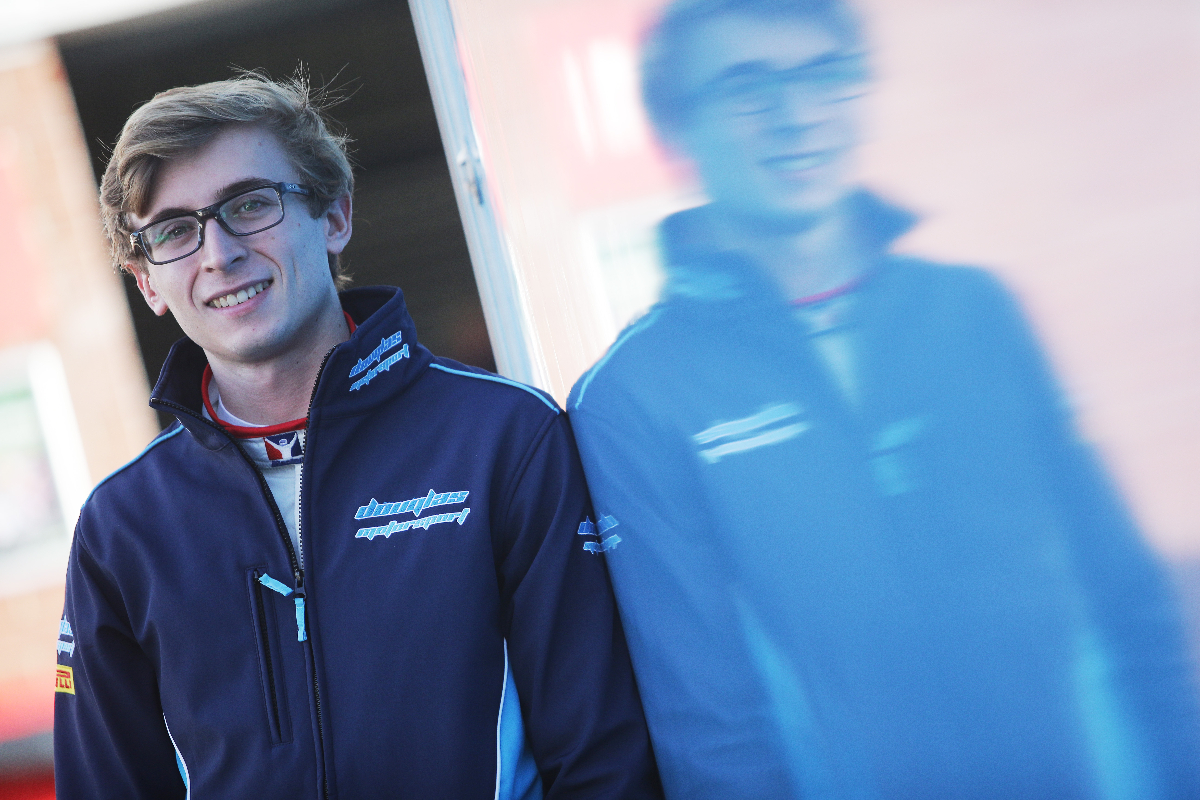 Esterson came third in BRSCC National Formula Ford 1600 this season with Low Dempsey Racing, after becoming Champion of Snetterton, and just over a month ago he finished second in the FFord Festival and then won the WHT.

The reigning Road to Indy eSports champion then did a GB3 test with Douglas immediately after his WHT success at Silverstone, and has now signed with the team with an eye also on Europe for 2022.

“I’m really excited to continue my single-seater career with a step up into the GB3 championship with Douglas Motorsport,” said Esterson.

“Switching from the FFord to the GB3 car was a bit of an adjustment, but Wayne [Douglas, team principal] and the team have done a great job welcoming me to the series and are providing me with a great place to continue learning.

“Testing has gone well so far and we are already working hard to prepare for the first race of the season in April.”

Esterson is also considering picking up test mileage in more powerful cars for 2022, with a move to continental racing then planned based on how his rookie GB3 season progresses.

“With some exciting upgrades to the car being introduced and a fantastic 2022 calendar, the series firmly remains the pinnacle of the UK single-seater scene.

“Max is a very talented young driver and we’re delighted to welcome him to the team. He’s put in some superb performances in FFord this season, particularly in the two big events in recent weeks, and if his early testing times are anything to go by, we’re confident he’ll be a leading name in GB3 as well.”