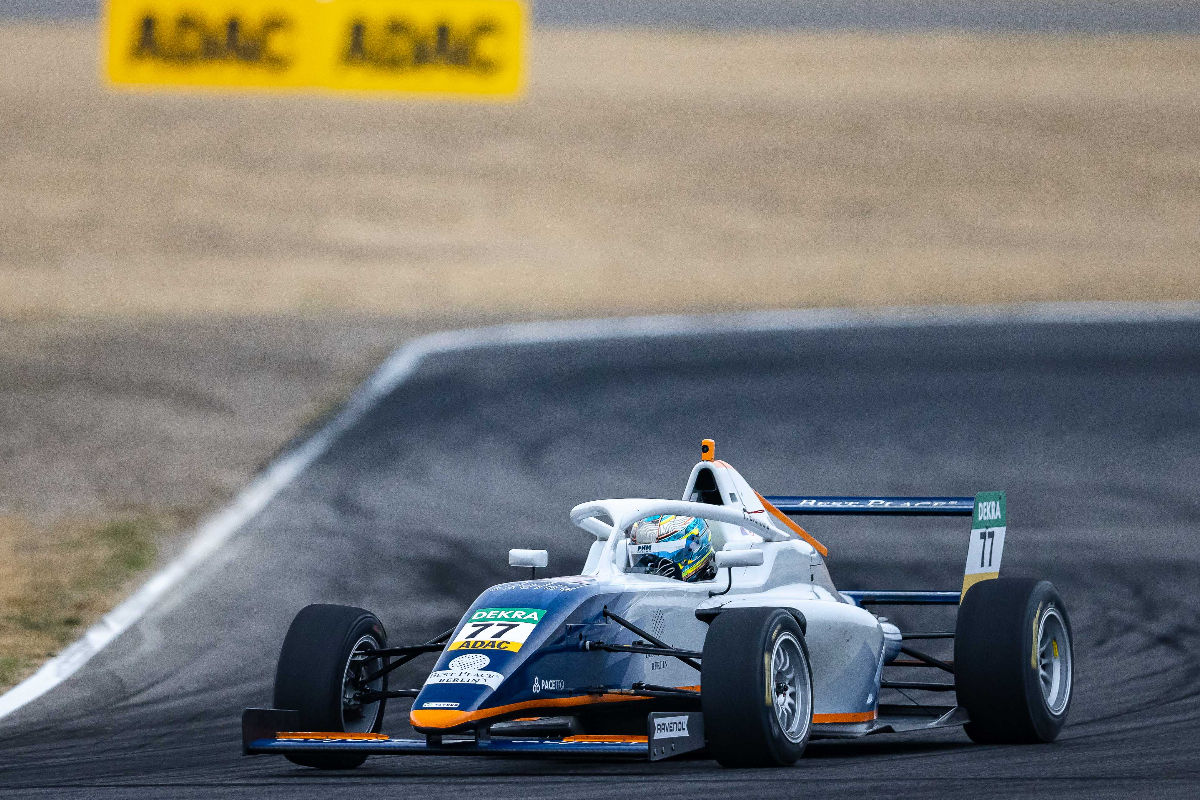 PHM Racing’s Taylor Barnard was fastest in both ADAC Formula 4 practice sessions at the Lausitzring on Friday.

Barnard was in first place almost from the start until the end in the morning session, only very briefly being shuffled down to second place by US Racing’s returning Kacper Sztuka halfway through FP1.

On one run Barnard made four successive improvements to his best laptime and eventualy ended running with a 1m24.007s lap. The session was brought to a close four minutes early as team-mate Jonas Ried encountered trouble on track.

Sztuka was second fastest, two tenths behind, with PHM’s Nikita Bedrin, Jenzer Motorsport’s Rasmus Joutsimies and Ried all lapping in the 1m24s. There were only 11 cars taking part as although US has returned to the grid with three cars, Prema’s four-car line-up has left the series.

Barnard, Bedrin and Sztuka all spent time at the top in FP1, with the pace not matching the morning’s action until towards the end as drivers broke into the 1m23s. The fastest lap was set by Barnard, a 1m23.485s that put him 0.393 seconds ahead of Sztuka.

Joutsimies jumped up to third place at the very end, while Bedrin and Kluss couldn’t improve and both ended up lapping in the 1m24s territory. The debuting Zachary David, a karting protege of Sauber, was sixth fastest and 1.145s off the pace.