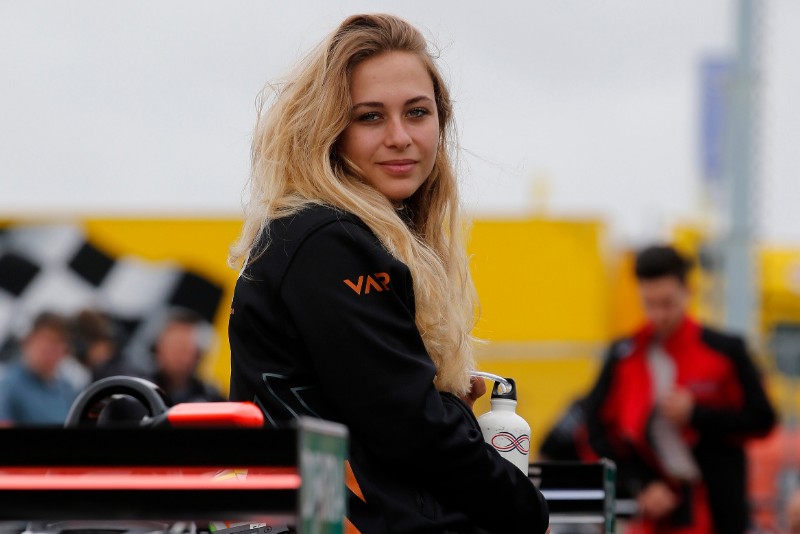 Van Amersfoort Racing and Sophia Floersch will race in the Formula Regional European Championship this year after their planned Formula European Masters assault was foiled by the series’ cancellation.

The 18-year-old German was set to return to what was previously known as the FIA Formula 3 European Championship after fracturing her spine last November in the Macau Grand Prix.

After a race-winning part-season in Ginetta Junior in 2015, Floersch spent two seasons in ADAC Formula 4 where she picked up two podiums. Budgetary issues meant her European F3 campaign was limited to seven of the 10 rounds, and she scored just one point.

?Of course, we regret the cancellation of the Formula European Masters, especially after having fully committed to it,” said VAR founder Frits van Amersfoort.

“However, joining the Regional F3 series will add a very respectable step for drivers on their way to the higher echelons of motorsport.?

Van Amersfoort is a long-time supporter of European F3, who has previously expressed dismay to Formula Scout about FREC’s creation.

Rob Niessink, VAR’s CEO, added: ?We are disappointed about the FEM, but it is not making us less excited about joining FREC. We see this regional F3 series as a great opportunity for young talented drivers in which there is much to learn.

?By entering the series only three weeks ahead of the first official race, we surely have to make up ground and start testing with Sophia immediately.

“The team is fully committed to get both themselves and Sophia up to speed in this new race category. With the team?s enthusiasm and Sophia?s incredible drive to compete again, I am certain we?ll do well.”

VAR has won titles in Formula 3, 4, Renault, Opel and Ford, and is perhaps best known for fielding Max Verstappen in European F3 in 2014. While the Dutch team has settled on racing in FREC, its European F3 rivals Fortec Motorsports and Motopark are set to switch to Euroformula Open according to Formula Scout sources.

The inaugural FREC season starts on April 14 at Paul Ricard, with 11 cars split over seven teams.