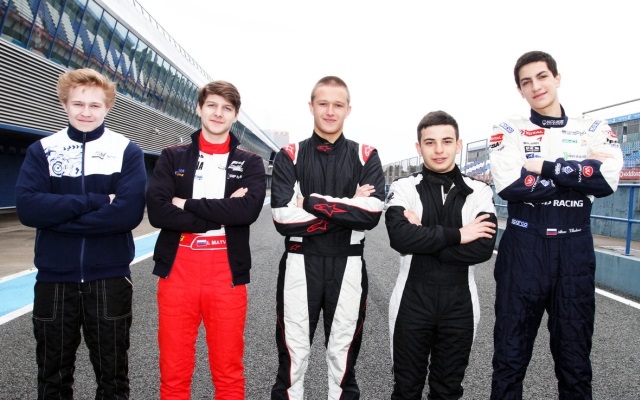 Four Russians and one Finn have been named to race in the inaugural SMP F4 season.

The five drivers will line up alongside Niko Kari who was the championship’s first acquisition back in January.

Vladimir Atoev arrives from French F4 where he spent his maiden single-seater season last year. Atoev was a regular point-scorer in the series and even won a Nogaro race on the road, only to forfeit the victory due to a time penalty. He ended the season in 11th with a best finish of fourth.

Ivan Matveev is another driver with racing experience, having spent 2014 in Italian F4 with Euronova. The Russian’s best result in the championship was a second place at Imola and he ended up ninth in the standings.

Nikita Troitskiy and Nerses Isaakyan, twin brother of Eurocup driver Matevos, will both participate in the championship as open-wheel newcomers.

Both of them will embark on a dual campaign this season as they also signed up for French F4. The only clash between the two series is on the weekend of May 17, with French F4 racing at Pau and SMP F4 kicking off at H?meenlinna.

The fifth addition to the grid is 18-year-old Aleksanteri Huovinen, who will join the series after two years of racing in Formula Ford Finland. He collected five victories and nine podiums out of eleven races in his sophomore season but had to settle for second in the standings.

These six drivers are currently testing at Jerez as part of their preparation for the season. They are joined by French F4 drivers Nikita Sitnikov and Alex Korneev, Mucke’s ADAC F4 driver Benjamin Mazatis and other Russians Alex Maslennikov, Denis Mavlanov and Artem Kabakov.