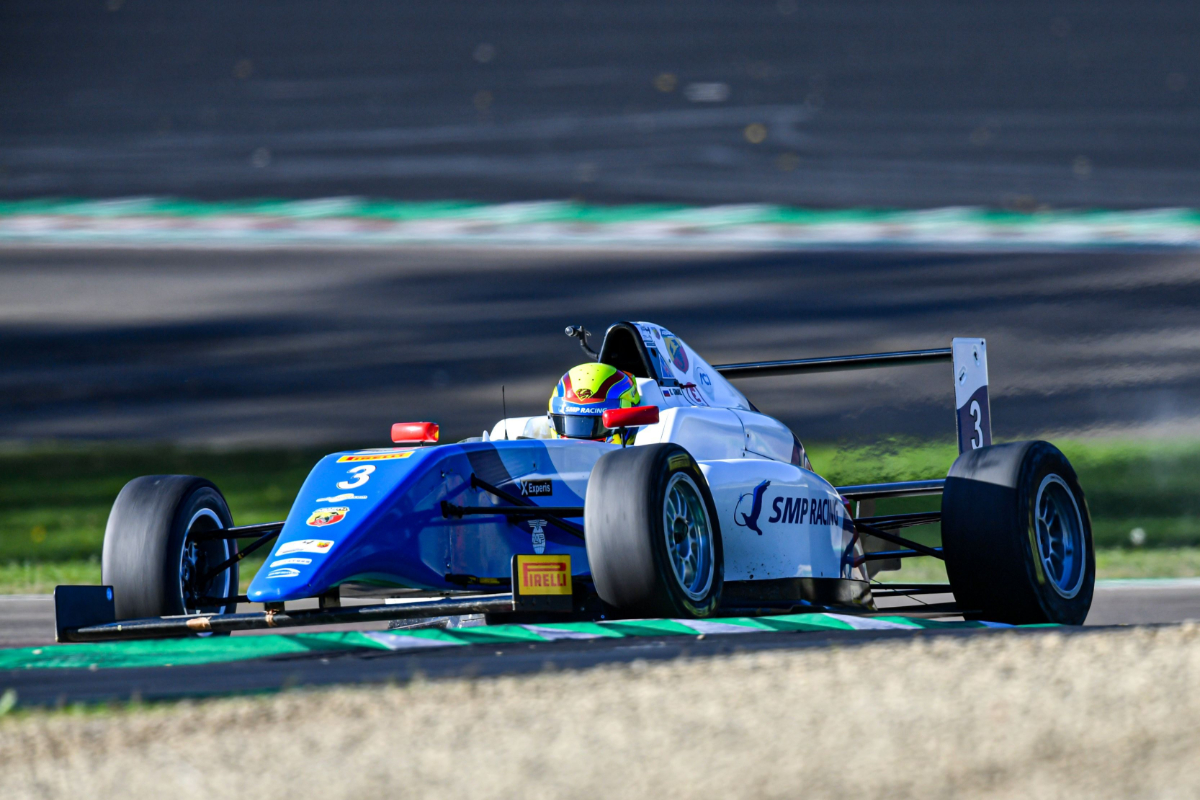 The test began with two sessions on Thursday, with Friday’s running split into four segments.

Jenzer Motorsport’s Santiago Ramos and Iron Lynx’s Leonardo Fornaroli were the early pacesetters on Thursday, and despite track limits not being enforced as they would be on a race weekend, there was a great number of laps that were deleted.

Ramos ended up pipping Fornaroli to top spot in the morning, ahead of Prema pair Sebastian Montoya and Smal, then BVM Racing’s Francesco Simonazzi and Jenzer’s Francesco Braschi.

Smal set his test-topping laptime in the afternoon session, edging team-mate Montoya by 0.076 seconds and with half a second gap to Braschi, Fornaroli, Ramos and Simonazzi who had all lapped in the 1m47s.

On the first session of Friday it was Ramos who was on top again, but the improvement on his Thursday best was still several tenths of a second down on the Prema pair’s benchmarks.

Montoya topped the next two sessions, with Fornaroli improving his pace in second place in the first of those sessions and Baptiste improving again before being second to Montoya in the latter session.

Smal didn’t get near his Thursday pace, and was often slower than his other team-mates Hamda Al Qubaisi and Conrad Laursen.

He ended the test on top though, although Fornaroli got within a tenth of him by going over a second faster than everyone else in the final session.

There were several others who improved at the end of the day, but all were more than a second off the pace.

Van Amersfoort Racing’s Nikita Bedrin was the last driver within a second of Smal in ninth, and like his fellow Russian was faster earlier on.

Laursen rounded out the top 10, ahead of Iron Lynx’s Pietro Armanni and new Ferrari junior Maya Weug, whose F4 programme and the team it will be with is set to be revealed in the coming days.

Delving into the data from Formula 2 pre-season testing