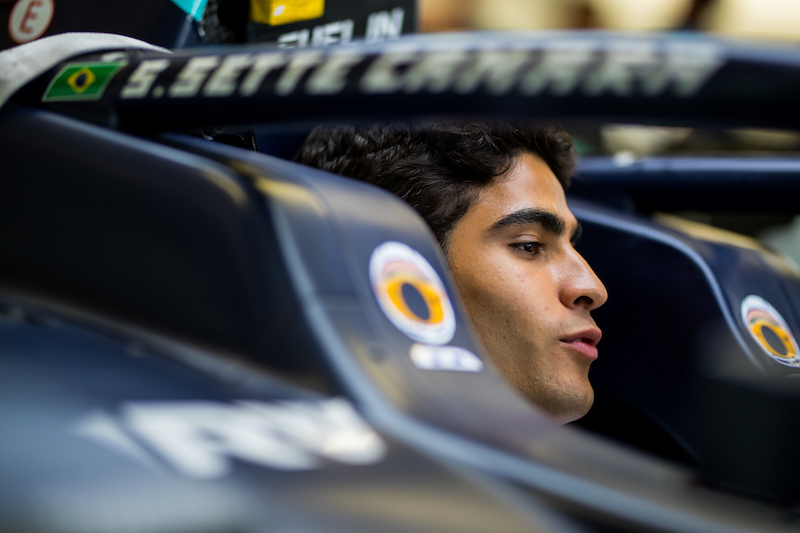 The Brazilian is currently Red Bull Racing’s reserve driver, having previously held a development driver role at F1 rival McLaren. For the last three years he raced in Formula 2, finishing fourth in the points last year and earning himself an FIA superlicence to race in F1.

Prior to that he raced in FIA European Formula 3 with Motopark, and twice finished third in Masters of F3 with the team. He had also been linked to an IndyCar move with Carlin this year, and is currently Dragon Racing’s reserve driver in Formula E.

“I am confident this is the best direction for my career,” said Sette Camara.

“Super Formula are the quickest racing cars after Formula 1, and the teams here are working at the highest level.

“I want to thank B-Max with Motopark for this opportunity – I have worked with them before and I am sure we can achieve great things in this series too.”

Motopark team principal Timo Rumpfkeil confirmed to Formula Scout that Fittipaldi had left the team prior to the announcement of his replacement, while B-MAX revealed its automotive manufacturing division has come under financial pressure as a result of the global COVID-19 novel coronavirus pandemic.

Rumpfkeil added: “I’m delighted to welcome Sergio back to our team. He needs no introduction: he’s one of the most exciting talents out there and it’s always a great pleasure to work with such a quality driver.”

“There is a strong history between Team Motopark and Sergio – we gave him his first two seasons in Europe back in 2015 and 2016 in Formula 3 and again in Macau 2017, so it very much feels like he’s coming home.

“It will work out a clear advantage that we know him very well and vice versa, as this is going to allow us to start on a high level right from go.”

Reigning SF champion Nick Cassidy has expressed disappointment that this week’s pre-season test at Fuji Speedway is going ahead.

“Been playing iRacing for most of the week. Now have to go do the real thing – Super Formula’s official test at Fuji,” the TOM’S driver said.

“Not comfortable about it, realise the Olympics is a big deal but wish the country wasn’t so naive to a problem so big.”