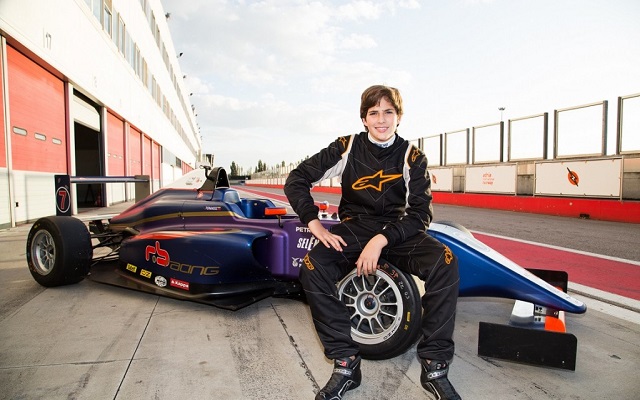 The 15-year-old spent the last two years in KFJ level of karting and secured fifth in the 2015 CIK-FIA World Championship and 10th in the WSK Champions Cup.

“I raced with RB Racing in karting and I know very well all the technical staff, especially I know well the working organization and the potential of the team,” said Fernandez.

“In the past season I could follow a few races from the pit wall, so I could learn the engineers? working method and in the winter tests I immediately felt comfortable. My most important goal will be making experience quickly and, of course, reaching some results.”

RB Racing is the fourth team to sign a driver in the Italian series, joining Jenzer, Prema and Vincenzo Sospiri Racing.