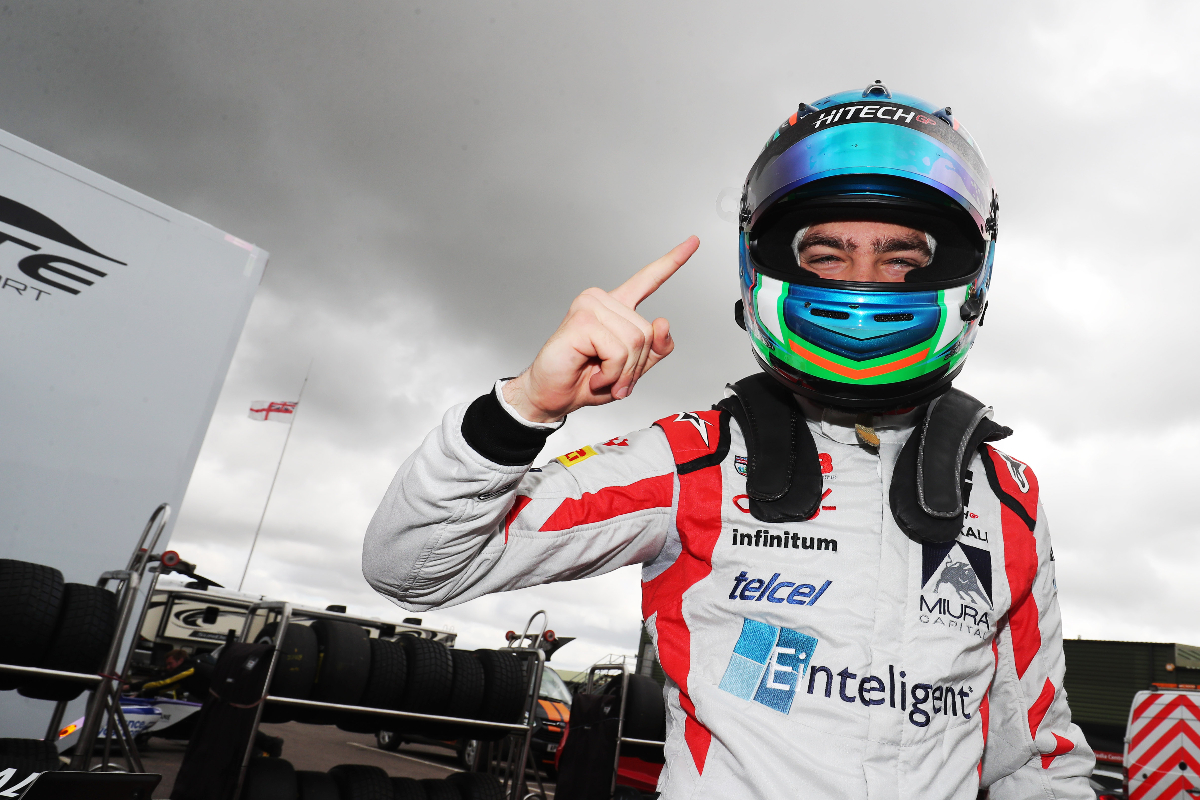 Sebastian Alvarez will return to the Double R Racing team that ran him to the title runner-up spot in British Formula 4 as he makes his Euroformula debut this weekend.

The 18-year-old began his single-seater career with Double R in 2018, and came 12th in the standings in his rookie F4 season with a best finish of sixth. He upped his game for 2019, winning five races and just losing out on the title.

He was beaten by Carlin’s Zane Maloney in dramatic circumstances, as his car set on fire in the final race. Alvarez was then set to graduate to GB3 (nee BRDC British F3) with Double R for 2020, but the COVID-19 pandemic stopped his racing plans.

While he did briefly reunite with Double R last October for a GB3 test, the team chose to leave the series ahead of this season and so he’s spent this year competing in the championship with Hitech GP.

Highlights included a win from pole at Snetterton and a podium at Silverstone, and he ended the campaign eighth in the standings.

“From our side, it’s just great to see Sebastian back in a Double R car having raced for us with success in British F4,” Double R’s Euroformula team manager Piers Hunnisett said.

Alvarez has been able to do one day of testing in Double R’s HWA-powered Dallara 320 ahead of his Euroformula debut, and takes the place of Zdenek Chovanec in the team’s line-up.

It’s unclear why Chovanec has ended his campaign, which featured a best finish of seventh achieved twice at Imola, early as he also missed the most recent Monza round.