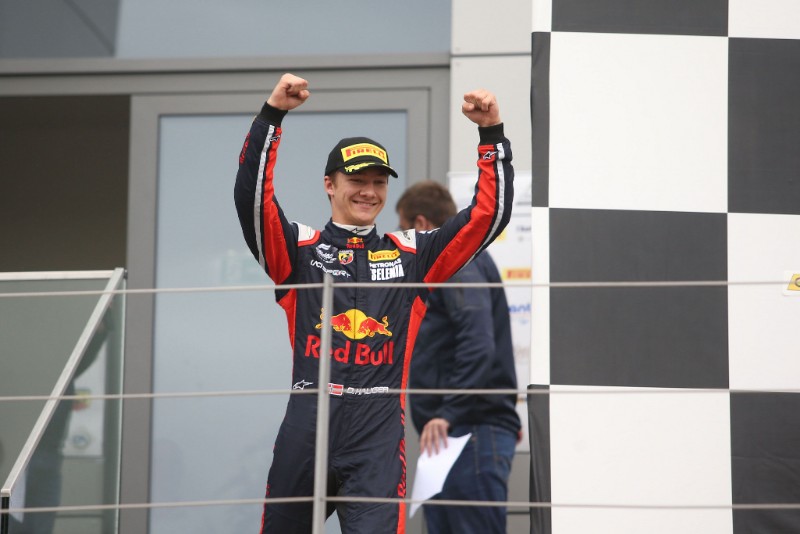 Italian Formula 4 star Dennis Hauger was due to make his Euroformula Open debut last weekend at the Red Bull Ring, but was denied by the F4 regulations.

The 16-year-old Norwegian, a member of the Red Bull Junior Team, was lined up to replace fellow Red Bull juniors Liam Lawson and Yuki Tsunoda at Motopark as both were racing in the clashing FIA Formula 3 round at Silverstone.

With Italian F4 being on EF Open’s support bill in Austria, it meant Hauger couldn’t enter both, as ACI Sport’s sporting regulations state that: “Free practices and races participation with all formula cars, on all circuits hosting Italian F4 events?are prohibited from Monday before the event.”

Hauger, who finished fourth in British F4 last year as a car racing rookie and is currently second in Italian F4, has previous experience of the Dallara chassis used in EF Open.

Speaking to Formula Scout prior to the weekend, Motopark team boss Timo Pumpfkeil said: “Dennis has done four days testing with us last year, so it will be a challenge.

“It?s a good thing on the Red Bull programme when these opportunities come, they offer it to the guys and there?s no pressure. Just come in and enjoy, and hopefully bring a good result. The test last year was really good with him, so it should be alright!”

Hauger’s EF Open debut will therefore now come in September’s Silverstone round, where Lawson and Tsunoda are absent again due to FIA F3’s races at Monza.

Motopark is expecting to draft in a fifth driver for that round to join Hauger and the team’s regular trio of Marino Sato, Julian Hanses and Cameron Das.

“It will be a new experience and a challenge, but I think it should be good,” said Hauger in anticipation of his eventual debut.