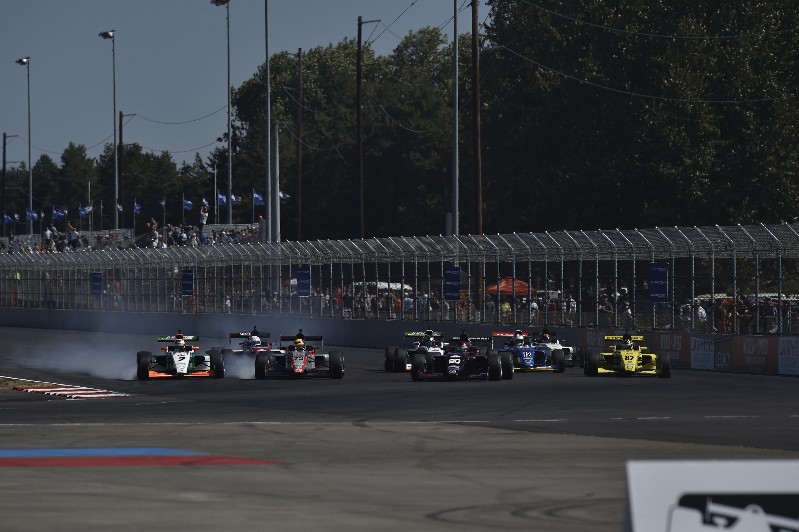 IndyCar support series Pro Mazda will be renamed ‘Indy Pro 2000’ next year as Mazda cuts its sponsorship of the Road to Indy ladder.

The category was formed in the 1984 as the Mazda Pro Series, with several regional championships before a United States-wide series was formed in 1991, where it was renamed Star Mazda. It retained that title until 2013, when it changed to the Pro Mazda moniker.

The new Indy Pro 2000 name is likely a nod to the fact the Tatuus PM-18 car used in the championship shares the same underpinnings as USF2000’s car, itself an evolution of the chassis that was first introduced in Italian Formula 4 in 2014, and was later adapted to serve the BRDC British Formula 3 championship before finding use in America.

There is a Indy Pro 2000 Hall of Fame, which includes many of the drivers who have competed in the championship and gone on to great success in America and abroad. No Indy Pro 2000 champion has gone on to win races in IndyCar, although the likes of former championship frontrunners Graham Rahal and James Hinchcliffe have stood on the top step of an IndyCar podium.