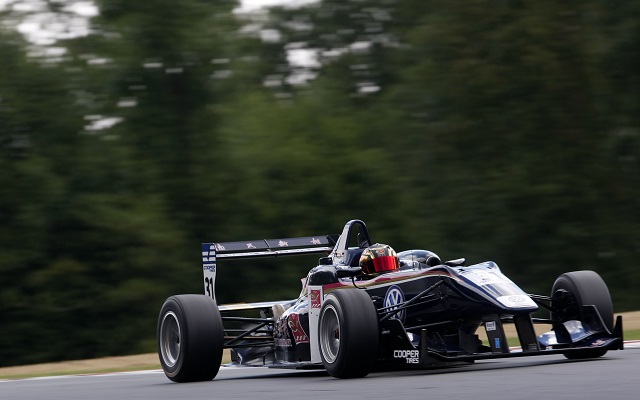 Li Zhi Cong, 20, made his debut in single-seaters in 2009 with a campaign in Asian Formula Renault, where he took sixth. He stayed in the series for a sophomore season in 2010, picking up a maiden win at Zhuhai on his way to fifth overall.

In 2011, Li Zhi Cong joined the Formula Pilota China grid and picked up two podiums en route to sixth in the standings. In 2012, he finished runner-up in the GT Asia Series, while the following year saw him race in Porsche Carrera Cup Asia. He also made a one-off appearance in British F3, scoring seven points for Carlin.

“I?m pleased to be back with Carlin full time for the 2014 season,” said Li Zhi Cong. “I enjoyed my time testing and competing with them last year at Brands Hatch and I can?t wait to start racing for them this year. I haven?t raced at many of the tracks however I?m confident that we can put some good work in on the simulator, enjoy a solid year together and learn as much as possible throughout the season.”

Carlin Racing are the most successful British F3 team in recent history, having locked out the championship every season since 2008. In 2013, they took their sixth title in a row with Jordan King.

“We?re delighted to welcome Li Zhi Cong to the team for the 2014 season,” stated Trevor Carlin. “He raced with us last year at Brands Hatch and while it was only one event he was a great addition to the team. The Cooper Tires British Formula Three Championship is an extremely relevant championship for young drivers looking to learn their craft and progress through the motorsport ranks. We?re pleased to be competing again in such a great championship and look forward to the season kicking off in May.”