Parsons returns to FMCS with Meritus 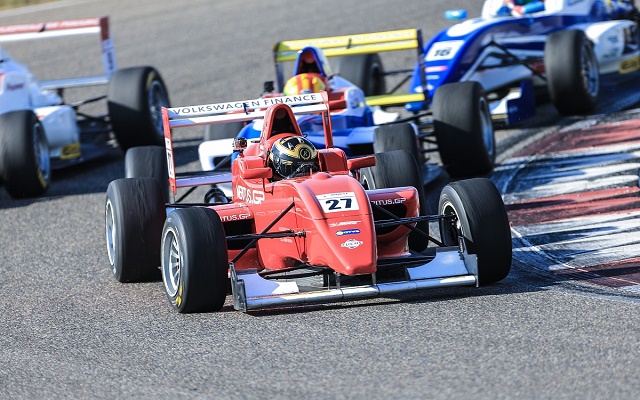 Aussie Jake Parsons has confirmed his return to the Formula Masters China Series in 2015 with former champions Meritus GP.

The 19-year-old will race in FMCS full-time after joining the championship midway through last year.

Parsons made his single-seater bow in 2011 and finished second in the New South Wales Formula Ford Fiesta championship two years later. In 2014, he switched to the Meritus-run AsiaCup series and was dominant, winning nine out of twelve races to clinch the title with ease.

Joining the Formula Masters China Series in round four at Sepang with Meritus, Parsons was quick from the off, managing to record three poles, three wins and a total of seven podiums in ten races and ending up the highest FMCS points-scorer during that stint.

Meritus GP finished third in the standings in 2014, with Parsons being their top scorer. In addition to his FMCS commitments, Parsons will have an extensive testing programme in the American Pro Mazda series.

?We are delighted to continue working with our AsiaCup Series champion Jake Parsons again in 2015,” said Meritus boss Peter Thompson.??His success last year shows we have a winner and I expect more of the same this year.?Meritus GP took first and second positions in FMCS in 2013 and with Jake?s three wins at the end of last year we know we have a winning package.”

The 2014 season gets underway at the Sepang International Circuit on May 1st.

GP2’s Negrao confirmed with Arden for another year