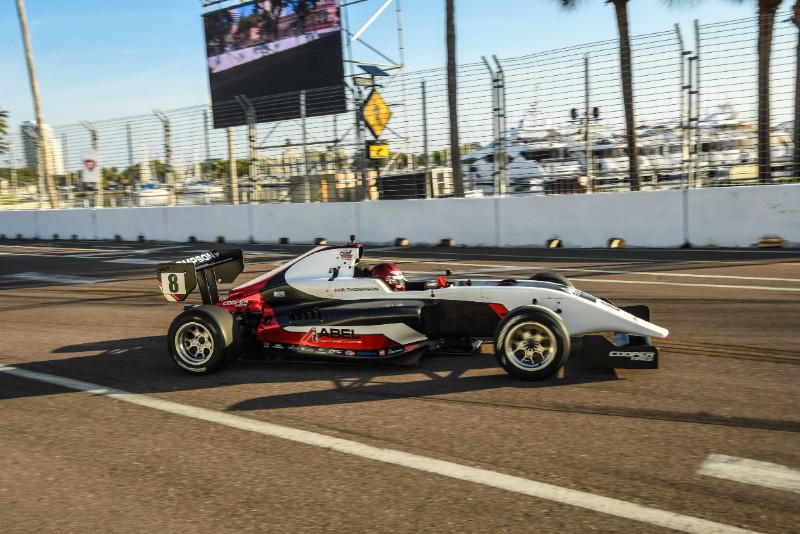 Parker Thompson will return to Indy Pro 2000 for a third season in 2020, after two years where he was in the top three in the standings.

He was runner-up in his rookie season with Exclusive Autosport, winning three times and comfortably beating Oliver Askew in the standings, and a switch to Abel Motorsports for 2019 resulted in one less win and a distant third in the points.

For 2020, Thompson will change teams once again to DEForce Racing, who he has tested with during the off-season.

“I’m delighted to be with DEForce Racing, and back in the Indy Pro 2000 Championship for 2020,” said Thompson.

“The Road to Indy is close to my heart. I’ve had some great success in both USF2000 and Indy Pro 2000, and after a strong season in 2019, I think that DEForce Racing provides me a great opportunity to advance to another level.

“The team is well established on the Road to Indy and is composed of some very experienced individuals.

“I want to thank David and Ernesto of DEForce Racing for this opportunity.

“After some great results by each of them last season, I’m excited to build on those performances in 2020. The goal is nothing less than a championship win!”

Thompson also ventured into sportscar racing this year, finishing 16th in the Porsche GT3 Cup USA Platinum standings with a win and several podiums, and won the GT Sport class of the Canadian Touring Car Championship.