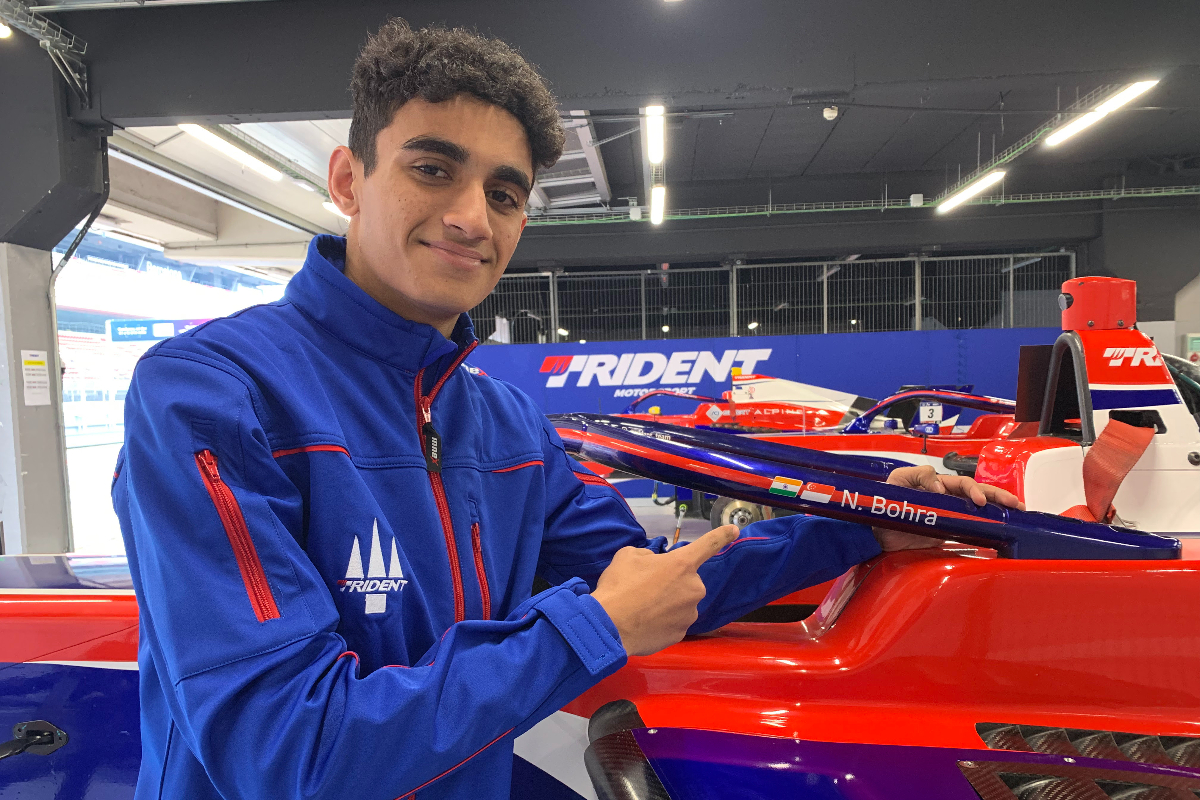 Nikhil Bohra has signed with Trident to race in this year’s Formula Regional European Championship.

The United States-born Indian-American, who races under a Singaporean licence, has already got 2023 off to a winning start. Last weekend he made his FRegional debut in the Middle East championship at Dubai Autodrome with R-ace GP and won the reversed-grid race to lie fifth in the standings after one round.

Bohra made his single-seater debut with R-ace in an ADAC Formula 4 cameo in 2021, then began last year driving for the team in F4 United Arab Emirates. After finishing 20th there, he joined US Racing for his European programmes, coming 16th in ADAC F4 after only doing two rounds and 13th in Italian F4.

After his F4 campaigns had concluded, he tested with Trident and Van Amersfoort Racing in FRegional machinery.

“I am super excited to be signing with Trident for the 2023 season, and I am optimistic regarding our ability to perform,” said Bohra.

“FREC is an extremely competitive category so I am grateful to have this opportunity to compete with such a strong team, especially in my rookie season. All of the winter tests with Trident were solid, and I learned a lot about the car and the way the team works. Looking forward to the year ahead.”

Trident team owner Maurizio Salvadori added: “We had the chance to welcome Nikhil for testing and we quickly realised how professional and dedicated his approach as a driver is.

“The chemistry with the team was also there quickly and even improved test after test. We know that the overall level in FREC is extremely high and it’s not easy for a rookie to emerge, but those aspects, together with his raw speed, make us really happy and proud to have him with us this season.”