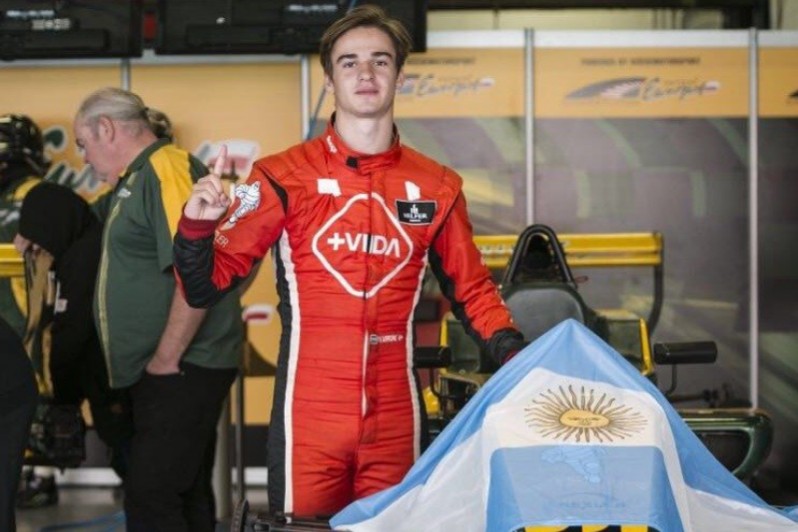 Argentinian talent Nico Varrone will follow up his race-winning BRDC British Formula 3 cameo last year with a full season in the championship.

The 19-year-old finished third in the 2015 Sudam Junior Argentinian karting championship and graduated to cars in Formula Renault 2.0, in which he became the final ever champion of the VdeV Single-Seater Challenge in 2018.

Budget issues meant he only raced single-seaters on three occasions last year, each time in British F3 with Hillspeed, and ended up with a race win at Spa-Francorchamps and a podium at Silverstone.

?I?m really happy to be joining a team as strong as Chris Dittmann Racing for the 2020 BRDC British F3 season ? it?s an opportunity every driver wants,? commented Varrone.

?I?m really grateful to all the people who have come together to make this happen; my sponsors, my family, my manager Jose Manuel Balbiani and, of course, to Chris Dittmann. It?s been a long winter, so I can?t wait to get the new season started at Oulton Park!?

CDR won races with both of its drivers last year, and team principal Dittmann hopes to continue that form.

?Everybody at CDR is delighted to welcome Nico to our 2020 BRDC British Formula 3 team,? Dittmann said.

?He proved last year that he has the ability to fight for race victories and podiums consistently at this level, and we?re confident that, alongside Josh, we?ve got a very strong line-up heading into the new season.?

Crunching the numbers from F2 and FIA F3 pre-season testing