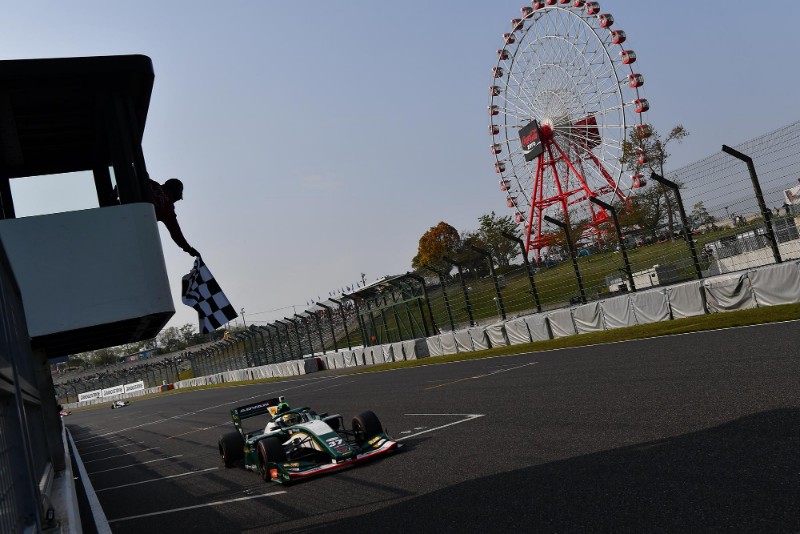 While compiling a recent feature about young drivers McLaren should consider for its 2020 IndyCar programme, one surprise name that cropped up at Formula Scout was Nick Cassidy.

The New Zealander, who turned 25 two days ago, is already well established as a professional driver in the Japanese racing scene. Less than three months ago, he also became an under-the-radar signing for Red Bull.

This patronage didn’t come from the Formula 1 arm of the company, but his ‘Red Bull Athlete’ status is shared by world champions of athletics, cycling, motorcycling, rallying, sportscar racing and many other sporting disciplines.

As for Cassidy’s own achievements, his early failure to make it in European racing has only bolstered his success in the East.

He first came to international attention in 2012, when he won the Toyota Racing Series title and New Zealand Grand Prix aged 17. While a part-time Formula Renault Eurocup campaign failed to pack any punches, he was also part of the title-winning Endurance line-up in V8 SuperTourer, New Zealand’s equivalent of Australian Supercars.

In 2013 he won both the TRS title and NZ GP again, a true eyebrow-raiser given TRS’s status as one of the toughest junior series in the world. Europe still proved a tough nut to crack though.

Cassidy got the budget to contest the Eurocup season opener, then came close to scoring points with underdog team EuroInternational in FIA European Formula 3 at the Norisring. He later raced in Red Bull colours for the first time with Carlin at Hockenheim, called up to replace F1-bound Daniil Kvyat. 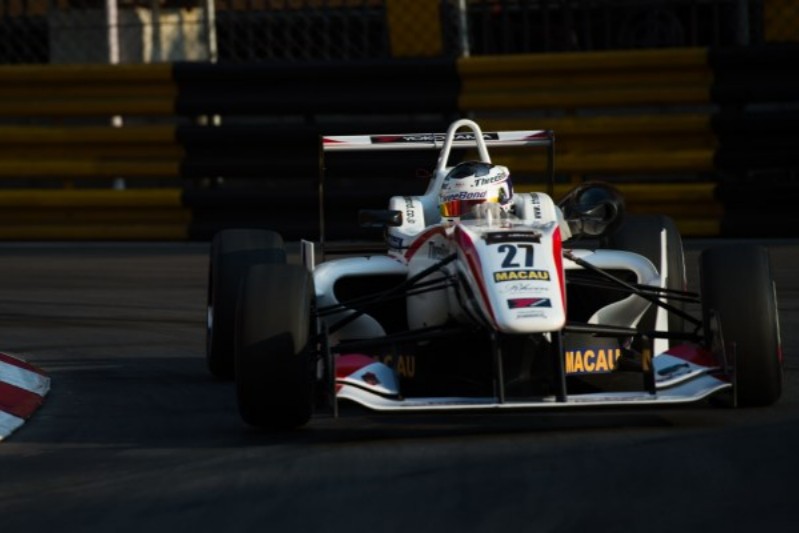 His natural flair for street circuits, likely helped by spending his early years in midget racing, was evident once again after joining the ThreeBond-powered T-Sport team – another underdog – for the 2014 Macau GP and finished third behind the hugely experienced Felix Rosenqvist and Lucas Auer.

His Macau podium followed a third NZ GP victory, and a full season of racing was the reward by remaining in Asia for 2015. Winning the Japanese F3 title with TOM’S as a rookie did not lead straight to a Super Formula seat, as he also impressed Prema Powerteam enough in a European F3 cameo to be hired for the next season.

While he ended up playing second fiddle to the financially-stronger Lance Stroll at Prema in 2016, Cassidy continued his TOM’S relationship in Japan’s Super GT sportscar series.

His reputation within Japanese racing circles has grown since, and he’s been an invaluable asset to Toyota in its constant battle with Honda. Cassidy took honour in winning the 2017 Super GT title, the same year he was brought into SF with Kondo Racing, and last season lost out on both titles by a tiny margin to Honda’s Naoki Yamamoto.

Turning around Kondo’s SF fortunes, in addition to continually impressing in the TOM’S Lexus LC 500 Super GT car, led to Cassidy being called up to partner former F1 driver Kazuki Nakajima in the team’s SF line-up for 2019.

He currently leads F1 target Yamamoto by one point, and has overcome poor qualifying results to make himself a victory contender at nearly every race. Expert tyre management after pitting early and dropping to last was the groundwork of victory at the Suzuka season opener, and the key to his points haul in the races since. 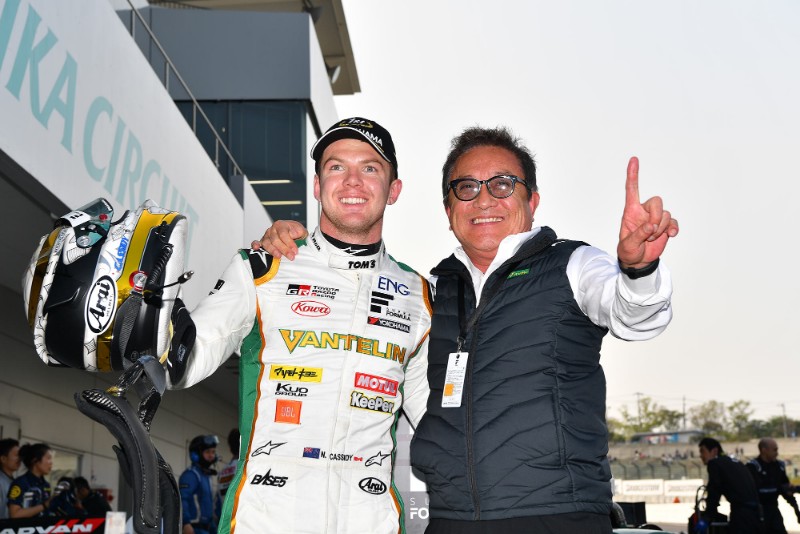 In last weekend’s Twin Ring Motegi race, the same strategy took him from 12th to third in unfavourably high temperatures. He’s now title favourite in SF, and, with a second Super GT title, could propel himself back into international attention.

Cassidy has been ahead of the game on this, admitting ‘I want to keep my name going outside of Japan’, and deliberately filling his already packed schedule with GT races abroad for Lexus, including the Daytona and Spa 24 Hours. Being team-mate to Le Mans 24 Hours winner Nakajima means he’s also been learning about prototype racing, in case Toyota calls.

There is one major series Toyota does not contest, which racing in could potentially cost Cassidy’s brand relationship.

“I don’t think quite honestly that many Toyota/Japanese drivers have a chance of making it to F1 because the rivalry with Honda is so strong,” Cassidy recently told the Speed City podcast.

“I shouldn’t really be saying this, but I keep reading that Honda is looking for a Japanese driver to make it to F1 and these kinds of things, and they don’t have any right now. And the fact is is that the guys that are 20-26 years old that are good and experienced, are Toyota drivers. And they’re not willing to put a Toyota driver in a Honda car, obviously.”

What would be the halfway step for an F1 team, whether Honda-powered or not, to stake a claim on one of Toyota’s own (as Red Bull has reportedly already tried to do with Fernando Alonso and currently does with Sebastien Buemi).

Red Bull already had a loose but long association with Cassidy, and it was recognition of his Japanese achievements from Austria that gained him Athlete status. Red Bull Junior Team boss Dr Helmut Marko attended Motegi and would have seen Cassidy make the podium against the odds, while Yamamoto and Red Bull junior Patricio O’Ward had issue-filled pointless races. In addition to a new Red Bull-filled vlog, nothing says on-brand from Cassidy more than spraying the bubbly stuff.

Beyond results, what Marko and his F1 counterparts look for is mental strength. Brushing off seasons of career uncertainty and low budget to lead the world’s largest automotive manufacturer in single-seaters more than proves that Cassidy has it.

He may be a young driver no more, by just three days, but that should mean this fully rounded talent is more than F1 ready. 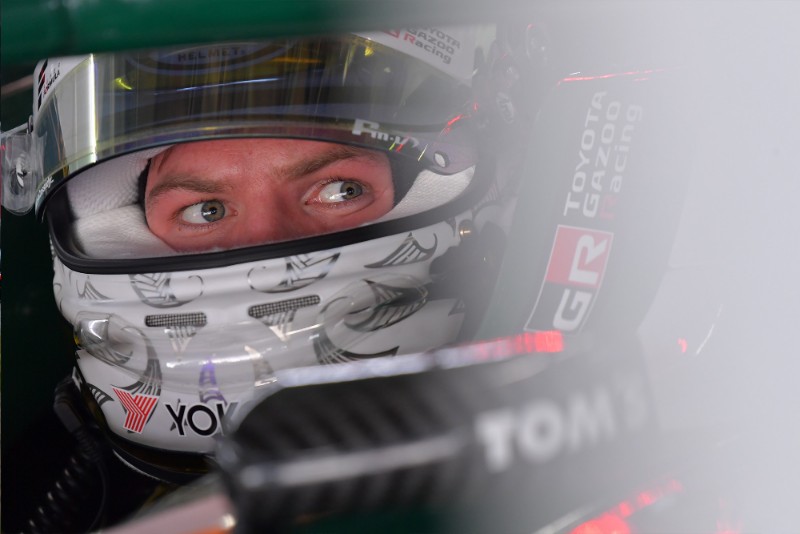