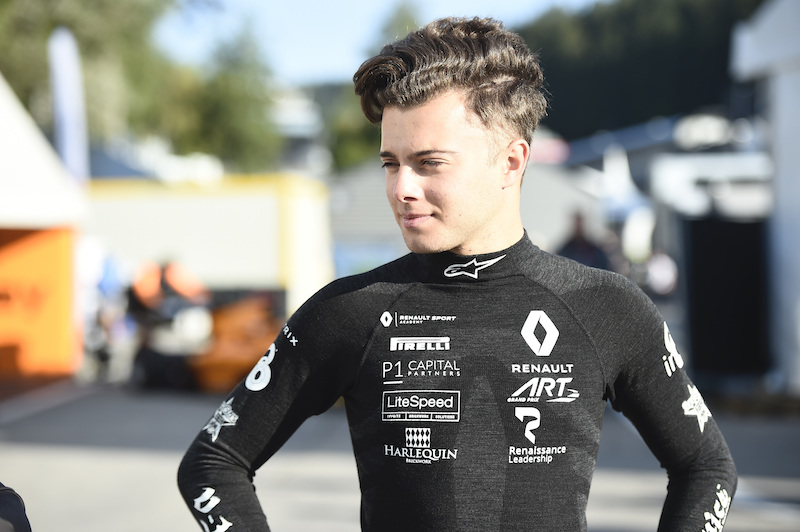 Renault Sport Academy member Max Fewtrell will race for the French manufacturer in this weekend’s round of Formula 1’s Virtual Grand Prix Series.

The 20-year-old Briton will join golf star Ian Poulter at Renault for the Virtual Spanish GP, which is ran using the F1 2019 computer game.

Fewtrell’s real-world focus this year is FIA Formula 3 Championship with Hitech GP, following on from appearances with the British team in the Asian F3 Winter Series and Macau Grand Prix last year.

His rookie FIA F3 campaign in 2019 was spent at ART Grand Prix, and he finished 10th in the points with two podiums.

Prior to that he had raced in the Formula Renault Eurocup for two seasons, winning the rookie title in 2017 then the overall title a year later, and earned his Renault junior role after becoming British Formula 4 champion.

In previous Virtual GP races, Formula 2 juniors Christian Lundgaard and Guanyu Zhou were called upon from Renault’s junior stable to race, and there have been a variety of other junior single-seaters stars that have competed.

Formula Regional European Championship race-winner David Schumacher – son of F1 race-winner Ralf – will make his second appearance for Racing Point in the Virtual Spanish GP, and Haas reserve driver Pietro Fittipaldi fulfills his duties at the team by standing in for the squad’s regular F1 line-up.