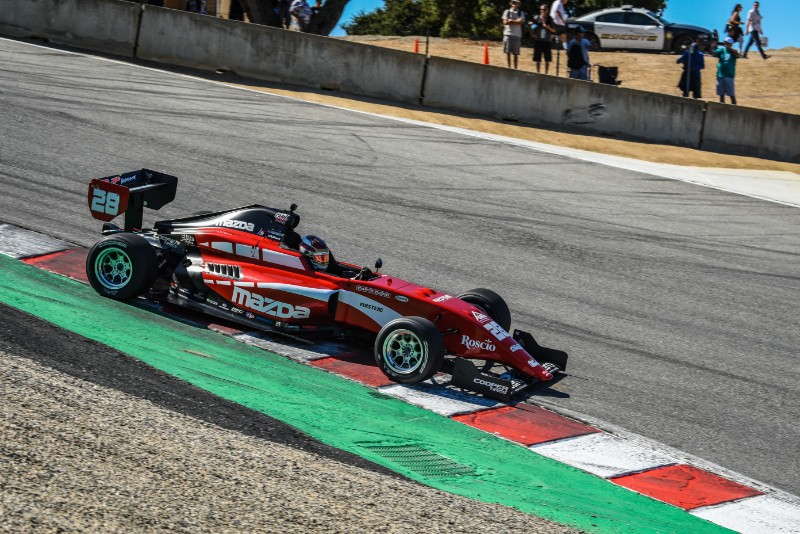 Kyle Kirkwood needs only to start the final Indy Pro 2000 race of the season at Laguna Seca to be crowned champion after winning the opening race.

The RP Motorsport driver was beaten to pole by Juncos Racing’s Sting Ray Robb, who controlled the first half of the race and built up a lead of over three seconds.

Robb’s pace became more patchy in the second half of the race, allowing Kirkwood to close in by a few tenths each lap. With three laps to go he passed Robb for the lead, immediately building a gap of over two seconds and pushing on to a ninth win of the season after Robb’s pace improved again.

This means Kirkwood heads into tomorrow’s season ending race with a 28-point advantage, a gap which can only be minimised by 26 points as long as he starts the race.

A strong start by Abel Motorsports driver Parker Thompson went for little given his race pace wasn’t in league with those ahead, and he finished with RP’s Artem Petrov and Exclusive Autosport’s Danial Frost close behind.

Thompson’s team-mate Jacob Abel was seventh, ahead of the EA pairing of championship returnee Philippe Denes and Nikita Lastochkin.