Kiko Porto to continue with DEForce Racing in USF2000 in 2021 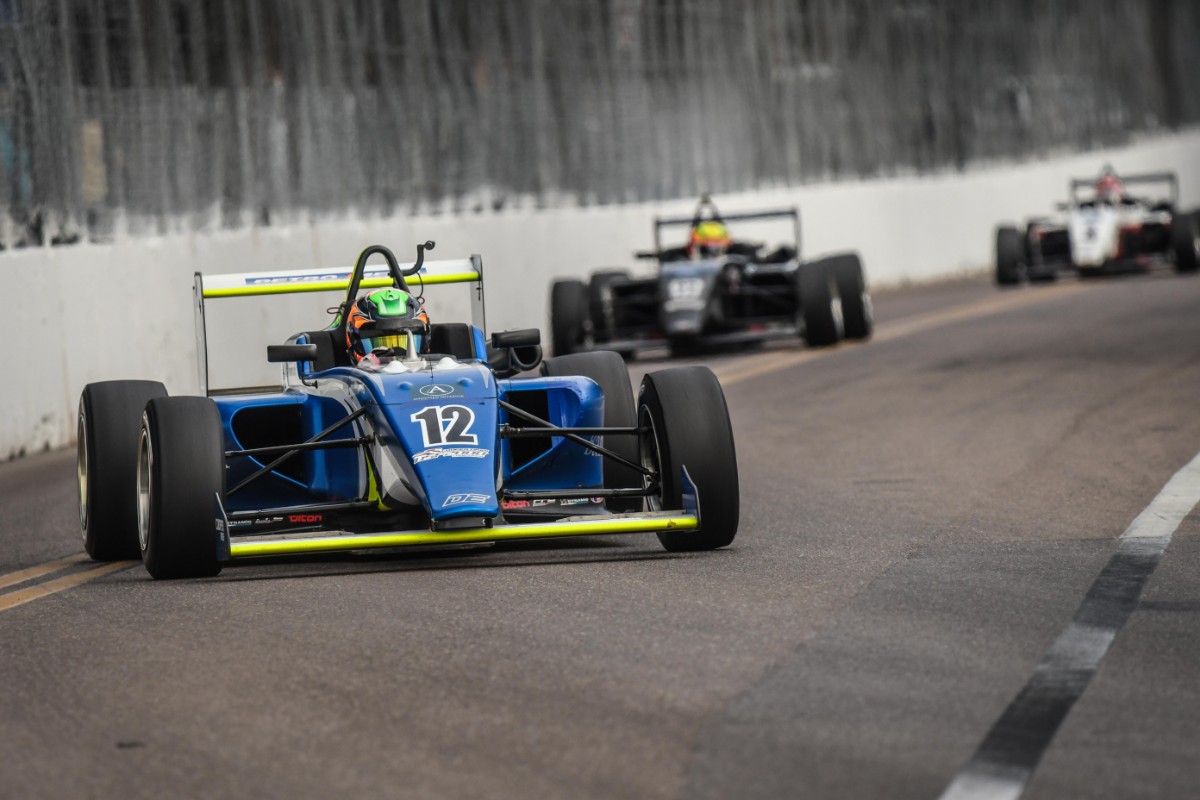 Brazilian teenager Kiko Porto will follow up his race-winning rookie USF2000 season with DEForce Racing this year with a full campaign in the series in 2021.

The 17-year-old had a disrupted 2020 due to the global coronavirus pandemic that left him absent for two of the championship’s seven rounds, but with a victory and a second place in the St. Petersburg season finale he was able to rise up to 10th in the points.

Earlier in the season he had taken a double pole on Indianapolis Motor Speedway’s road course and also picked up his first two series podiums at the circuit.

“I’m very happy to continue with DEForce Racing, the team where I learned everything I know about open-wheel cars,” said Porto. “We will definitely go in full force for 2021.”

Last year he finished second in United States Formula 4, after coming 22nd in a part-season in 2018 while he was also racing in the Formula Renault 1.6-based Formula Academy Sudamericana in Brazil as a single-seater rookie.

Porto’s time in US F4 was also spent exclusively with the DEForce outfit.

He follows Kent Vaccaro at Miller Vinatieri Motorsports, NACAM F4 race-winner Thomas Nepveu at Cape Motorsports, Josh Green at the debuting Turn 3 Motorsport and Josh Pierson at Pabst Racing as the first drivers to sign up for the next USF2000 season.

DEForce is also set to continue running multiple-car programmes in Indy Pro 2000 and US F4 next year, although is yet to announce any of its drivers for either series.